Is Destiny 2 one of the best games of 2021? Absolutely! Is it worth playing? The shorter answer would be, of course! The catch-up systems for new and returning players are a little rough, but recent updates have made getting into Destiny simpler than ever. The game is the best it has ever been, with plenty of exciting stuff to explore, tonnes of fantastic weapons and armour to hunt down, and plenty of building choices. With the nuanced characters that display grades of emotions that have been cleverly presented with practical narrative tools, the tale is bound to lure you in. 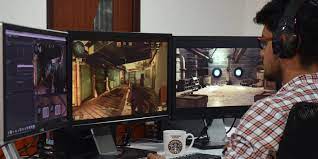 The extremely thrilling Destiny 2 is a free-to-play looter shooter that blends RPGs and MMOs with conventional shooter gameplay features. You play as a Guardian, a once-dead person who has been revived by the Light of the Traveler, a paracausal entity. The Light has been provided to you by the Traveler so that you can protect yourself against forces that would otherwise destroy you. The game keeps you on the edge of your seat as you go on campaigns to deal with new dangers, conduct strike operations against hostile factions, and launch Raids in which Guardians venture deep into enemy territory to pull out very deadly monsters. Guardians forge their powers by challenging each other in The Crucible, and Gambit will appeal to Guardians who love fighting humanity’s foes while competing against other Guardians.

As players participate in these activities, they will get access to new weapons and armour with the help of Destiny 2 boost. Titans, Hunters, and Warlocks are the three classes available to players. The aesthetics of the game are flawless, with many beautiful landscapes, amazing visual effects, high-quality animations, and wonderful music that stimulates all senses while you are sitting in a chair. With the introduction of Jupiter’s icy moon, Europa, in Destiny 2: Beyond Light, weather effects were also included in the ethereal world of the game. It also has the finest, most sophisticated gunplay, and no games have been at par with Destiny 2.

What’s in it for me?

Destiny 2 has always been backbreaking for somebody who just stepped into the world of games. While it was initially tough, Bungie cushioned the blow by including a series of “New Light” tasks that were used as tutorials by new players. These quests neatly wrapped the essence of Destiny 2, including general combat, abilities, treasure, game modes, and characters. The New Light missions, while solely featuring the Hive, give a decent introduction to the game.

What makes it an even sought-after game in 2021 is the fact that Bungie made a significant adjustment in Destiny 2 Year 4 by lowering the amount by which the Power Level ceiling increased with each new season. New seasons boosted the cap by 50 points, but now they only raise it by 10. This makes it considerably easier for players to go to the endgame from the existing 1,100 Power Level starting point.

Recent Developments that were cherished by the community

The creators recently introduced a Timeline to Destiny 2’s in-game interface, which allows you to glide through events from past expansions and seasons to learn about the narrative and character moments that are important to the game. This function is very useful for new players who need to catch up on the plot. A quick session of skimming, and you are good to go!

Bungie has lately been very considerate of players who are new to the game. The developers there made sure that novice players have a respectable arsenal straight away, so they don’t feel like they are behind everyone else when compared to more experienced players. Another good news for gamers who were avoiding the game like the plague when it initially came out because the plot and everything else was a bit too much to consume is that the game is not half as confusing now.

The hard work invested by the developers in Destiny 2’s endgame recently has surfaced in the form of a better and more satisfying end. Every Nightfall, Dungeon, and Raid can drop excellent weapons that make completing these complex activities worthwhile. Players who complete the topmost endgame challenges like Grandmaster Nightfalls are frequently rewarded with unique Adept versions of weapons with improved quality stats and a slot for mighty Adept mods. The endgame, on top of being so well-equipped, is also just plain entertaining. It is always a great time using Destiny 2’s strong build varieties to construct a loadout that can be put to the test in challenging content.

It is the best time to get into this game because it demands an investment of time and heart. It is evolving to be the best game of 2021 because everything Bungie has shown us about Destiny 2: The Witch Queen and beyond suggests that the future is much brighter. Players will be able to enjoy a new storyline, a new area to explore, a new Raid, a weapon crafting system, and a new Glaive weapon class as part of the expansion. Bungie plans to revamp each of the Light subclasses in Destiny 2 Year 5 so that they’re as deep and nuanced as the Beyond Light-exclusive Stasis subclasses. In the same way that Destiny 2 Year 4 had smaller bits of new content in each of its four seasons, Destiny 2 Year 5 will have smaller portions of new material in each of its four seasons. The increased depth and refinement have pulled gamers into this epic saga about a mythical scientific world.

Overall, Destiny 2’s future appears to be simply fantastic. Its recent success has clearly enabled Bungie to create longer and better games than ever before, and we cannot wait to see what’s next. The Witch Queen appears to be an incredible expansion, and the idea that we will be getting new raids or dungeons every three months, on top of new PvP content every year, is fantastic. If you take our word, we would say there has never been a better time to try out one of the finest Xbox shooters available.