Developers today are tasked with creating high-quality software at an even faster pace, making DevOps an absolutely vital part of any organization’s successful application lifecycle. There is very little time to waste, and releasing poorly-tested software can cause numerous headaches for developers later down the road. Using a virtual machine or creating a container to help in the DevOps process has become a popular practice in recent years.

Both containerization and virtual machines are packaged computing solutions, enabled to help streamline software testing. When people hear the term “container,” they likely immediately think of Docker and Docker registry, though container technology has been publicly available longer than that. Also keep in mind, there are a lot of different players in the both spaces, so there is no shortage of vendors to potentially choose from when making a decision. 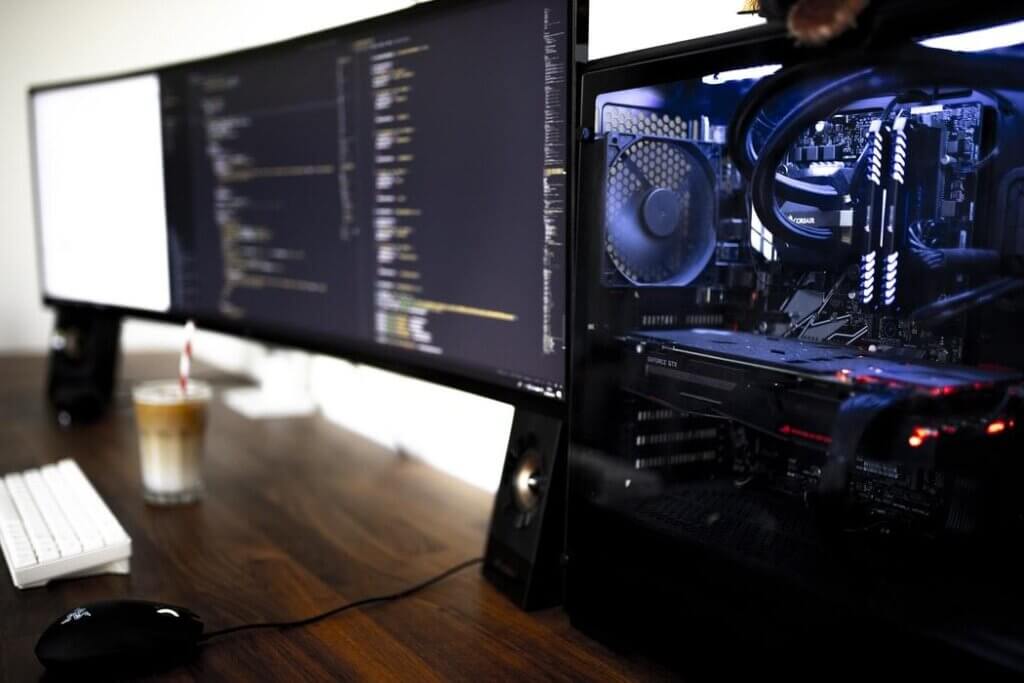 Containers run what is called operating system level virtualization because occurs at the operating system level, whereas virtual machines run at the hardware level.  Think of containerization more like using programs inside of a customized sandbox using the current OS – controlled by the limits of what tools are implemented and enabled.

Instead of depending on a hypervisor, containerization utilizes a container engine is exposing the host OS into each partition. The partitions run libraries and binaries – what is necessary to run – and don’t contain the actual OS. The shared resources help significantly boost efficiency, which makes them quite powerful.

VMs run full system virtualization using isolation of machines because one server can is able to run each environment. The hypervisor is responsible for allowing multiple OSes to share resources while they run alongside one another. The created VMs emulate actual physical computers, running different operating systems, but using a single computer server to do so.

In addition, the dedicated OS and kernel create what looks like separate virtual instances that look like many different machines – and they can operate independently of one another – and people using a VM might not necessarily know of the other servers.

However, containers utilize process isolation with different instances running in the same environment, and they’re able to run simultaneously and can interact with one another. Due to this, it’s possible to run dozens of containers in a single instance of an OS. Also, there are plenty of different pre-built Docker containers that are ready to use straight out-of-the-box, and further customization is relatively easy as opposed to complexities trying to do the same thing in VMs.

Virtualization operates by taking a physical machine, including the CPU, RAM, storage, etc., and creates a virtual machine using both a host operating system and guest OS. When you add in binaries and libraries to create the Linux VM, those extra resources add bloat.

Containers starts with a description manifest (foundry), create an image, (such as a Docker image) – and the container itself which runs the application. The shared resources are light weight and can be moved easily and quickly.

Appreciating the complexities of an application lifecycle of the DevOps process is critical towards determining whether to choose containerization or VMs. It’s significantly faster and easier to set up containers, so is definitely an ideal choice for shorter duration software testing. It’s also the best choice if OS requirements aren’t as demanding, which is when running a virtual machine is likely a better option.

When discussing portability, VMs can move between hardware if the same hypervisor is being used. Most container images are compatible with Docker, allowing for significantly more flexibility while trying to use containers: it’s known that using a Docker container allows for it to be used with Amazon Web Services, laptop, or on a physical server – something that is difficult to do with virtual machines.

Deploying large enterprise applications could be a problem using containerization, as there is a large number of containers that could be required. As the number of containers begins to rise, so does the difficulties and challenges related to managing all of these additional containers. The rise in numbers means compliance, security, and logistics suddenly become muddied, which doesn’t happen in smaller enterprise applications.

Trying to successfully determine – and then deploy – either containers or VMs can be rather difficult decision. There are definitely pros and cons of each type of virtualization, and it is up to decision makers and IT to help determine what they want in their environment, then do a cost analysis while finalizing a decision. Keep in mind, some companies elect to use both VMs and containers, based on what their current needs are at the moment.