Microsoft rushed into releasing the Windows 10 operating system after a major backlash from the loyal customers. Windows 8 did not work out, so Windows 10 Home released in 2015 and the OS developed further. Some builds have come forward over the years, and it brought us a new feature.

There is an inbuilt recording feature called “Windows Default Screen Recorder” of Windows 10.

The masses do not know much about it because they have not used and the interface is not familiar at all. However, it is a popular option on the XBOX 360 console and many popular gamers such as “theRadBrad” use it to record XBOX gameplays.

What is Default Screen Recorder of Windows 10?

Microsoft decided to add XBOX features to the computer operating system as many machines coming with high-end processors, RAM, Graphics card, and more. XBOX 360 console outlasted millions of Windows machines in the past, but it isn’t the case anymore.

The masses are preferring to switch from XBOX 360 console gaming to PC for gaming like me. Yes, I prefer to play CS: GO, PUBG, COD, and other demanding games on a Windows machine, then XBOX 360. A windows computer cost cheaper and easily upgradable compared to the Microsoft console.

Yes, XBOX features are available on Windows 10 in the newer edition.

Step 3: In the Game Bar, click to turn on the functions.

In a few moments, the function turns on Win10 edition. In case, if the feature is missing, then you have to update the Win10 PC immediately because you are running an old build version.

The screen recorder engineered for gamers and it does not record desktop screen, so do not mistake it to a regular screen recorder. XBOX is a high-end gaming console that can play AAA titles without lagging or shutters, and the PC hardware must meet console version.

I have tested the record capabilities on the low-end machine and high-end machine manufactured by Intel and AMD. I have seen that it does not work smoothly on low-end machines such as Intel Core 2 Duo, Intel Dual-core processors.

The consumers have to upgrade the machine to a mid-range processor that has 4-cores and 8-threads in it. A dedicated graphics is required for the process, and it adds greater value to the overall performance.

Graphics Card: The GPU depends on the requirement of the game, and no one can deny that investing a lot of money on GPU is not a bad thing. CS: GO is not a GPU depended game and it consumes a lot CPU instead.

However, I am impressed with the default screen recorder of Windows 10.

How to use the Windows 10 Screen Recorder?

Let me inform you that the screen recorder works on PC based games only. It does not support unknown game running on Android Emulator such as PUBG-M. I have tried it once, but it records for a few moments and then shuts down immediately. However, it detects the AAA titles like CS: GO, Call of Duty and other game very smoothly.

Step 1: Launch the game from the menu and make sure it loads to the dashboard. Now, click “Windows key + G” at the same time to launch the recording bar. 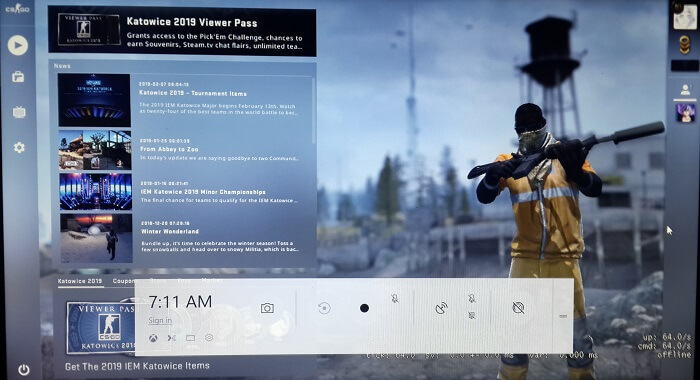 Step 2: Click on the “Gear Icon” to access settings, and you can make changes to the recording capabilities. 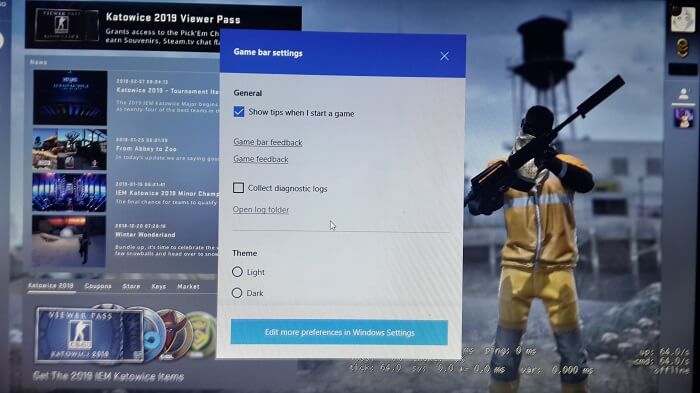 Step 3: You have to screenshot option at first, recording capabilities in the second one, and networking option. Hover at the function to view the controls to use it, and I have highlighted at the screenshot, and you can see that the controls (Windows key + ALT + Print Screen key to take a screenshot) appear at the bottom. 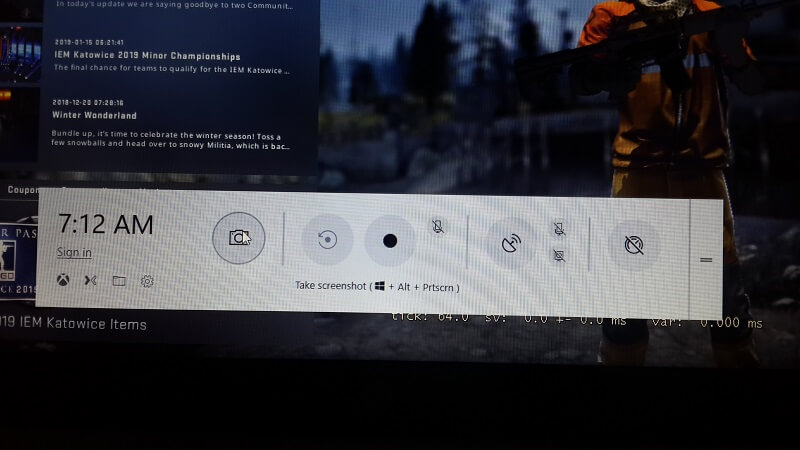 Step 4: The feature begins recording the video, and you can view the status at the top right corner. 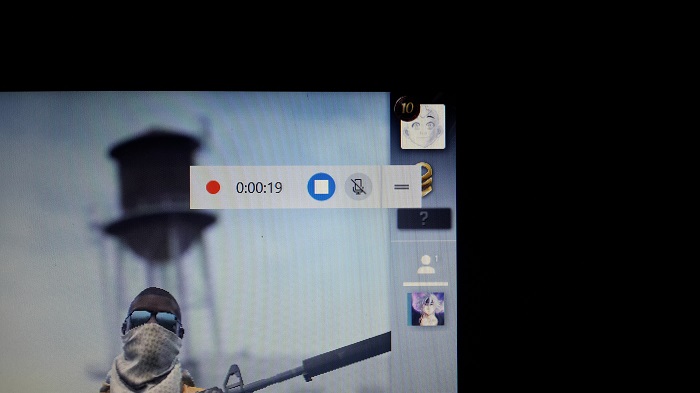 Do not worry about the game bar and status because it remains invisible in the recorded video. Yes, the recording bars do not appear in the game, so don’t worry about hiding it.

Yes, you need a high-end PC to record the game without lags or shutters. I tried to record the CS: GO gameplay using OBS Studio, but it has a lot of problems with the quality. I have decided to record CS: GO videos using Gamebar default Windows Screen Recorder.