Mahjong is a game of skill which is popularly played in Western countries. It is much similar to the card games like rummy. OK, Here is another Android game which just amazes you and is a bit similar to the Mahjong. Hong Kong Style Mahjong is new one in the android game market and got popular in no time with more than 100,000 downloads till now. Just have an overview on it.

What Is Hong Kong Style Mahjong ?

You can say it as an android application from the above introduction. It is just one more android fun game and is completely different from the traditional rules and regulations. It allows the both existing and new viewers. It is bit similar to the western cards but uses the common Hong Kong rules. Players had to collect the sets to gain the points against the computer. Four players commonly play the game. Let’s have the detailed review of the app.

Get ready to have many options to customize the playing experience and here are the features of the app.

• This is the most accessible Mahjong application for the western players, and the looks of the game are unique as you feel it as a new one.

• Running of the app is simply awesome when compared to the other gaming apps.You will just get attracted to its clean interface.

• It can be installed on major devices and almost all the latest versions of Android OS.

• The games itself manages the extra space on android tablets most effectively. Larger screen always boosts you, during gaming.

• It looks like a realistic one and is suited for all age groups, and we have already discussed that both the newcomers and experienced persons are allowed to play the game.

• I am pretty sure; Western players will get more engaged with this version of application for android.

• There are a countless number of these types of games which are familiar as well, but the problem is all about the rules of the game. Hope you don’t have that much problem with the present rules. Moreover, the rules are a bit similar to Gin Runny.

• Is there a multiplayer option ? Currently no, but you can expect it soon in the coming updates

• Finally, it is a solid fun one that offers a lot to its players(Players may be new or experienced). It’s just a simple, classic fun.

Note: Some of the slow devices can’t load the animations. For those, just go to the settings and disable the animation. No need to worry, as you can still play this one after that adjustment.

Similar to all android ones, install it from the official Google Play Store or from the link provided towards starting of this review article.

• The home screen welcomes you with a bunch of options. If you are completely new to the Mahjong games then just go with the “help” button which was provided n the screen itself to get a complete idea about the players and the game. 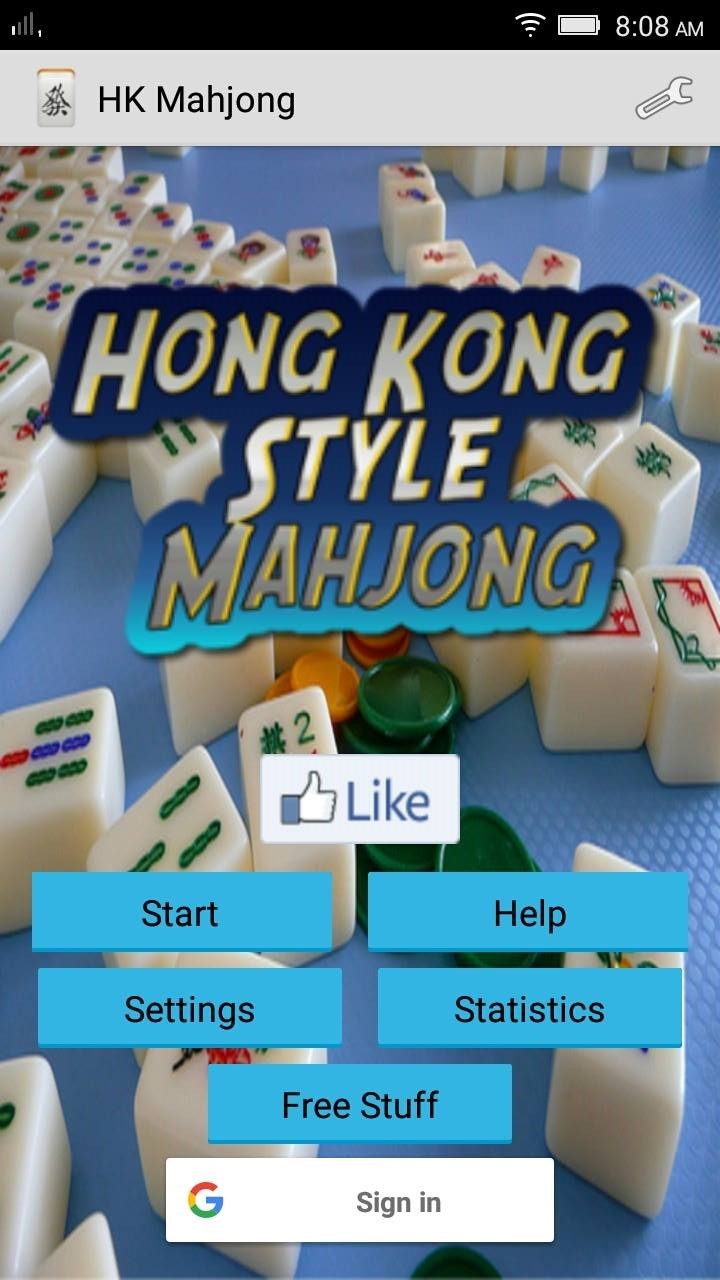 • Click on Start to play the game and everything may be confusing in the start for newbies. There are several number of tiles and the idea of the game is just to collect the tiles which are from the same unit. Just play as per rules and I am sure the help guide will help you. 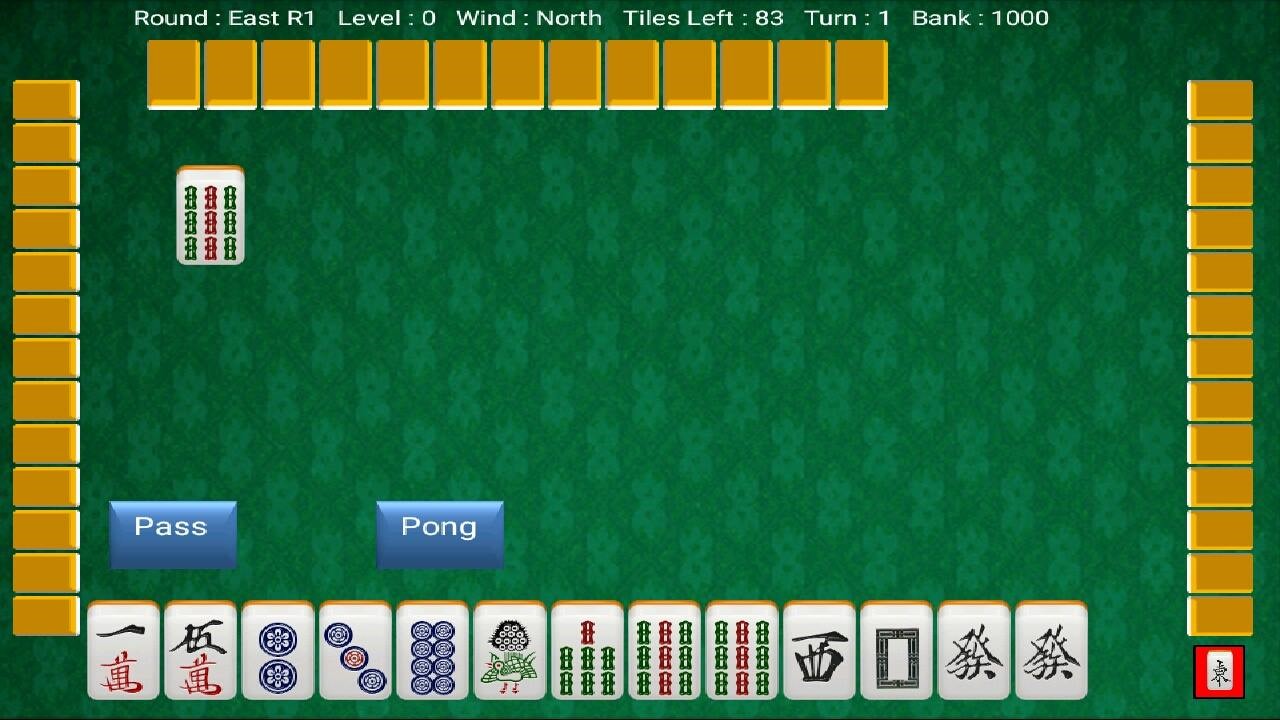 • Tiles of the four players are damn attractive, and it might be a bit confusing at the start. Once if you go on you will get everything. A pop up of Continue is displayed on the screen and just go with that. If you beat the computer, it displays the results as following. It have 16 rounds to last the game. 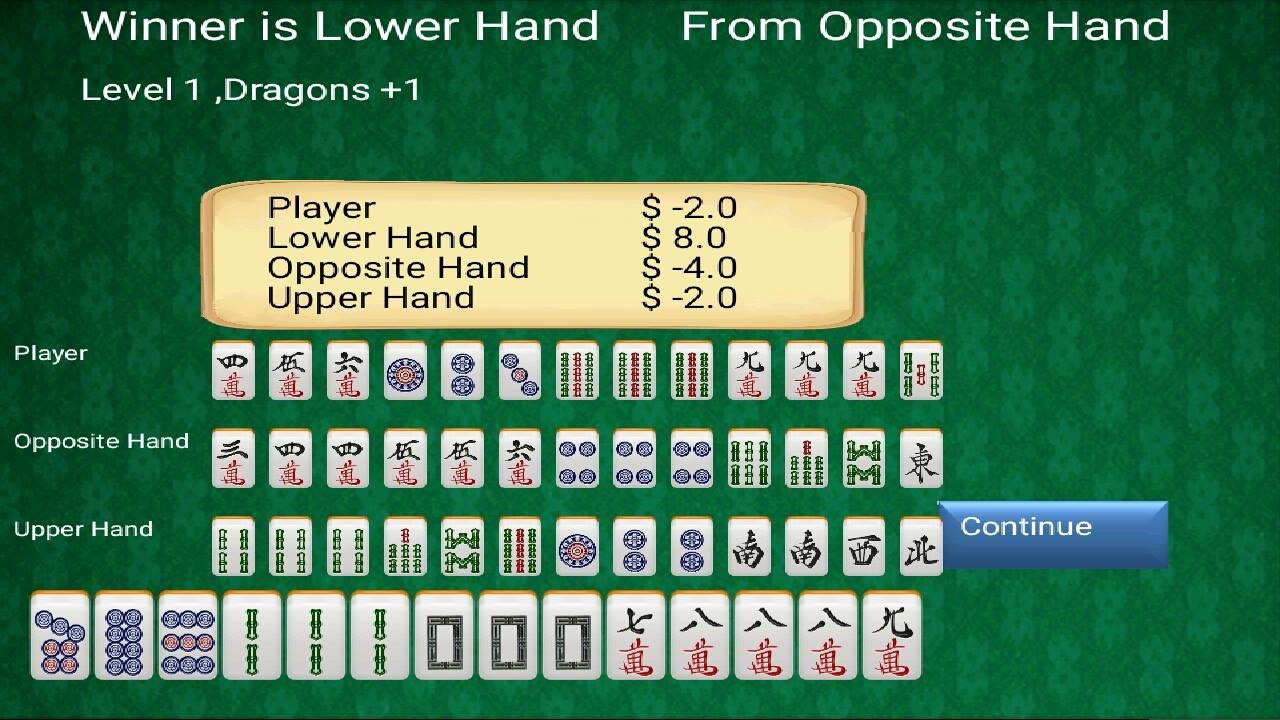 The Hong Kong Style Mahjong is accessible to all over the world. One who loves these type of games will enjoy this for sure. It’s a little easier to get involved for the western players. It provides the start guides as well as with an intention to help the new players. Finally, it is a skill and fun game which I have seen in this games category. If you are a lover of android games, just go for it, and you will get addicted for sure.