How many photographs do you have in your computer? When was the last time you downloaded an image or synced image files from your phone to your computer? Did you ever copy an image from the download folder and pasted on the desktop of your PC?

There are, generally, many devices on which we keep our photos and in an effort to centralize, we sync all these photos to our computer. It is easier to maintain a few folders of images than memory cards, pen-drives, and all other external drives we use. Right?

Our unending copying and pasting, relentless syncing or restoring creates duplicates at much faster rate than we think. If you transfer or restore your photographs to your computer or download lots of images for your personal blog or any research, there are good chances that your system is cluttered with all kind of unwanted identical or similar photographs. And it is very demotivating (and boring) to manually clean your PC by selecting and removing what seems superfluous.

I am lately interested in reviewing those tools that could help the audience of my blog in keeping their system free of clutter, and Duplicate Photos Fixer Pro is the first I could get my hands on.

Duplicate Photos Fixer is quite popular, having reigned over the Mac Store for the paid photography app category for quite some time.

We found no significant differences between the Windows and Mac version of the software.

As already stated, the overall process is seamless. Users are required to ‘add’ or ‘drag and drop’ folders to set the ball rolling.

If you want to remove only duplicate photos, you can choose ‘Exact Match’ option from the ‘Comparison Method’ menu. By default, the ‘Similar Match’ option is enabled with Matching Level set almost halfway between ‘High’ and ‘Low’. You can leave the other settings intact. 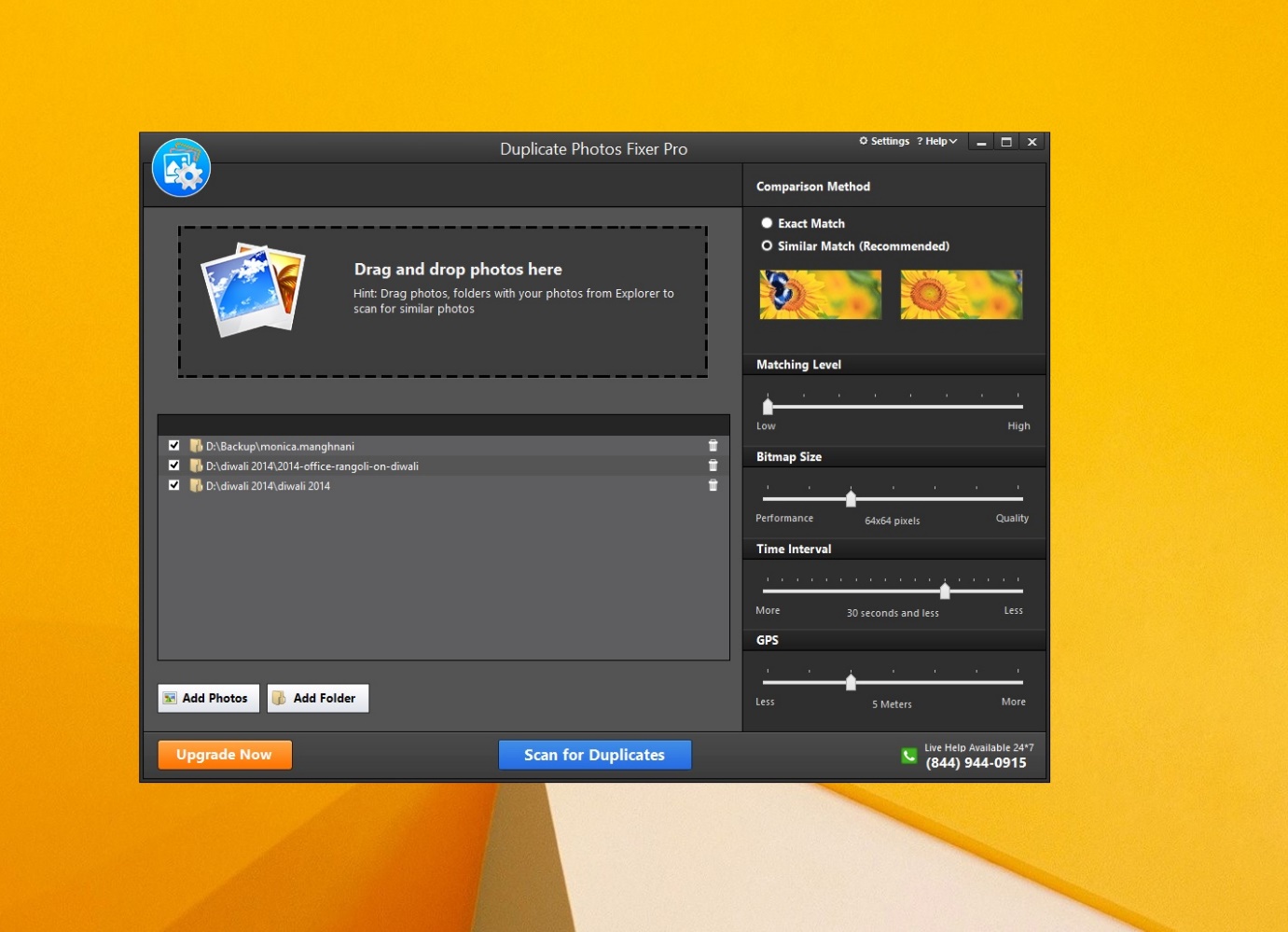 After adding folders and photos, you must click ‘Scan for Duplicates’. 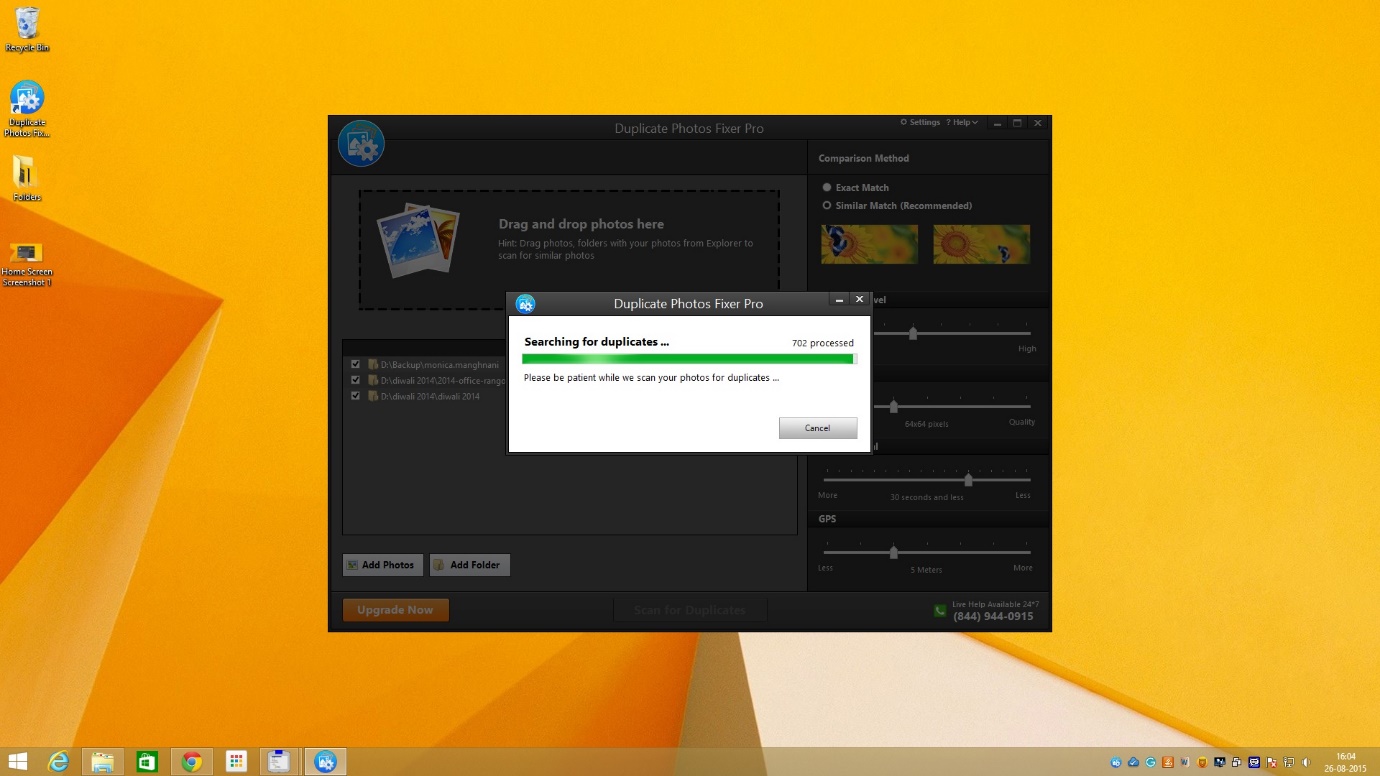 There were around 1000 photos saved in the folders added by me (screenshot provided), and the tool’s scanning process took no longer than two minutes to find out all similar and duplicate images as per the default settings. 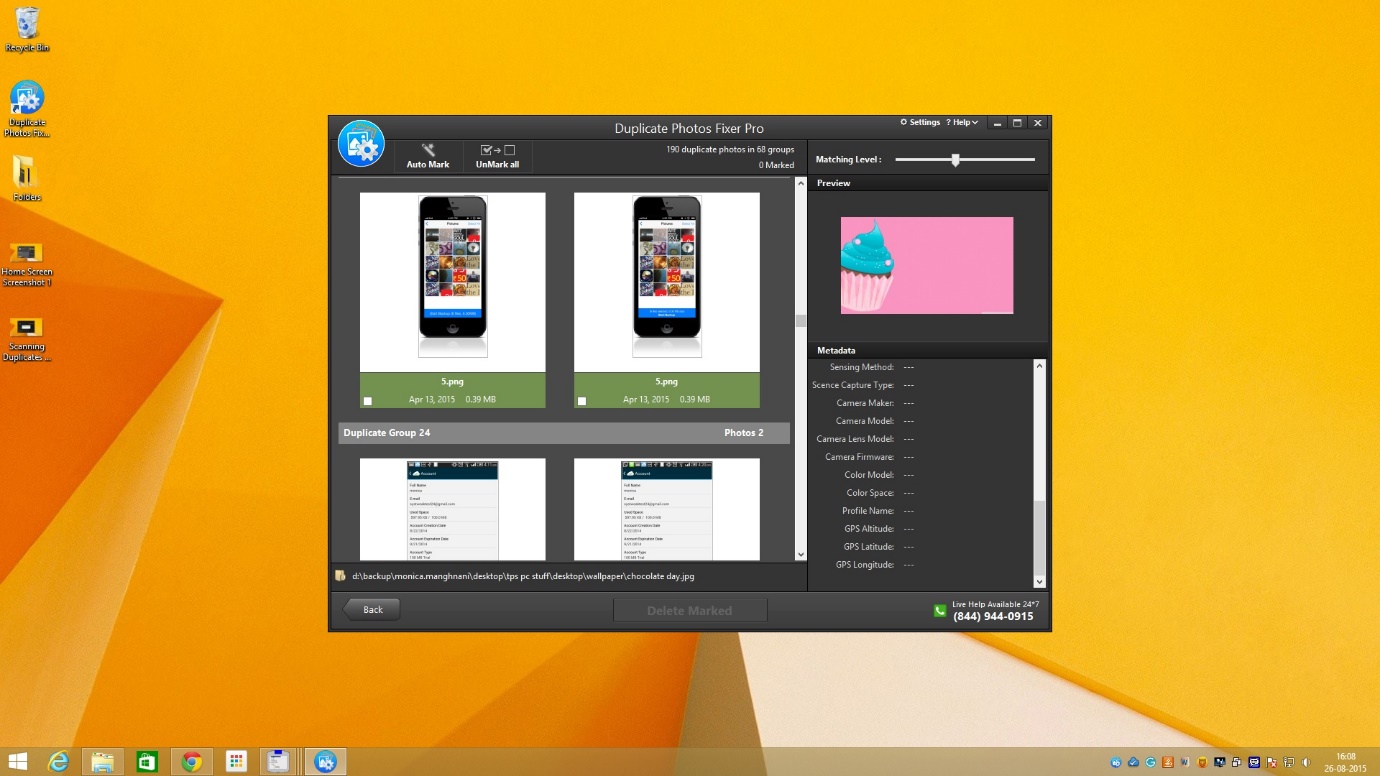 Figure 3. Result of the scan

The application intelligently grouped together all images that were deemed similar to the tool.

A total of 66 groups of similar images were formed, and the app found a total of 180 duplicate photos in a few folders that I had added. The thumbnails were big enough for me to decide whether I want to keep an image to send it to recycle bin straight away. 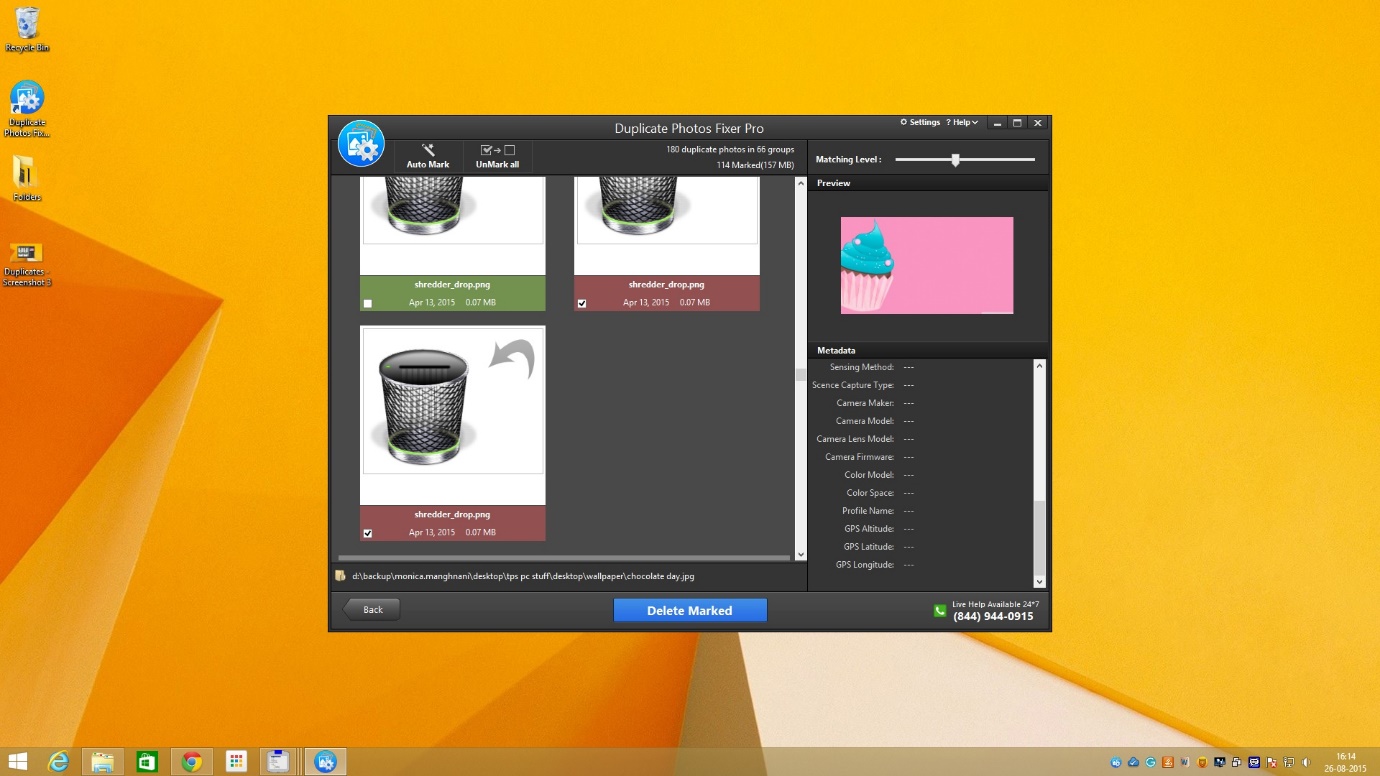 A word of caution here, please do not set the matching level on ‘low’ as the application would then start picking up even those images that are just slightly similar, which you may want to keep intact.

Also, deleting hundreds of duplicates may seem not good enough to think twice about, but you may end up deleting some important images; however, Duplicate Photos Fixer Pro doesn’t permanently delete duplicate photos and rather send them to recycle bin so that you can restore any accidentally removed file.

That said, the default settings yielded superb results for me, and I didn’t feel the need of manually selecting the images for deletion.

There is an ‘Auto Mark’ feature on the top left corner that you can use to select all images except one from each group. ALL images of any groups cannot be deleted, and this ensures that you don’t end up removing every copy of the image and scrap only those that are duplicates or similar ones.

By clicking on ‘Delete Marked’ button, one can remove all selected images.

In spite of adding several folders, you should preferably add one or two folders that contain majority of images. Scout for all possible location where your photos reside and group them together in not more than two folders (you can create subfolders if you like). This will not only make the process of scanning easier but also keep the gallery organized.

Duplicate Photos Fixer Pro for Windows is as good a version as it is for Mac. It is good at picking up similar and duplicate images, and makes it really easy for you to recover some good hard-drive space.
If you are pretty quick at downloading several images or syncing photos from your camera devices, this tool will come in-handy more often than not.