Are you looking for software that may provide you the secure wifi connection or the possibility to change your virtual location to unblock the internet content? A secure platform for you to access the internet with no fear of being tracked and to provide secure connection for online transactions? If the answer to above questions is yes then you have arrived to the right place. We present the world’s most advanced VPN – NordVPN, which is available for all existing operating systems. NordVPN is easy to use software which provides the military grade security for internet users and blazing internet connection speed.

NordVPN has been developed by the developers at the Tefincom & CO S.A.. The company is based in Panama, which does not require log tracking. Together with the powerful encryption, NordVPN has a strict no-logs policy which means the users of the software are totally safe. NordVPN offers over 100 servers in 27 countries. Worth mentioning, that they released their tool only in 2012 and the number of servers doubles each year.

Together with the standard servers it has some great features that are missing in many other Virtual Private Network providers. They offers anti DDoS server which is specially made to keep the service running even under the DDoS attacks. Moreover, it has the DoubleVPN and Tor over VPN solutions. Both tools are very handy if you would like to receive the maximum possible security in internet. Using the DoubleVPN servers, the information goes through two servers in Austria and Netherlands (both times the information is encrypted). In case of Tor over VPN, the information at first is encrypted and directed to the Tor network. However, both DoubleVirtualPrivateNetwork and Tor over VPN might slightly decrease the internet speed, so if you are in need for a better connection – you can use the Ultra Fast servers that are specially designed for video streaming.

As mentioned above, it is available on all the operating systems, but we would like to mention the fact that they have just released a new app for Mac OS. This software has an unique algorithm which chooses the best available server. You only need to choose the country to be connected to. Moreover, you can communicate with the app by simply typing commands such as “Netflix” and the app will connect you to the best server which will provide the fastest connection to watch your favorite TV series on “Netflix”. 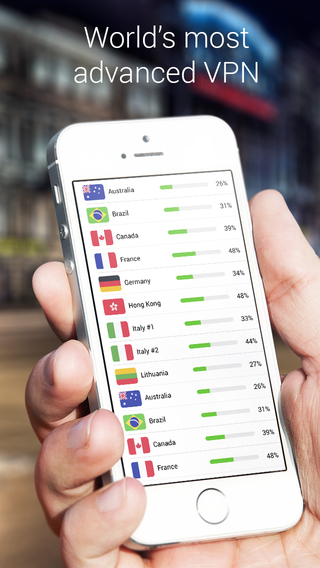 All in all, encryption from NordVPN app is a great tool that is available for only $3/month if you buy a subscription for 12 months. We would highly recommend it as a great tool to secure your privacy online and unlock the restricted content.