Spotify is a daily driver for millions of music lovers around the world including us. You can listen to millions of tracks released by Labels, Independent Artists, and Classics like no other platform. However, you don’t have the option to download the tracks and move them to your device. Many third-party developers have launched solutions that help you to download the tracks on your device. Allow us to introduce to one solution that helps users to save Spotify tracks in local storage.

What is AudKit Spotify Music Converter?

Let the title do the talking “AudKit Spotify Music Converter” and it does exactly what it says. The developer AudKit Studio designed the program to listen to the audio track and save it in the program. The recorded track will be converted into another high-quality universal format. You have Spotify tracks without losing quality, which makes the solution ideal for travelers. We have covered everything that you need to know about it and provided a quick guide so you can take a glimpse of the process.

The Swedish-based music streaming provider uses a unique audio format that may not in every media player. AudKit is offering a wide range of output formats, so you can have an audio file that will work on many devices like Smartphone, Tablet, Laptop, Desktop, MP3 players, and portable music players. You got several audio formats like MP3, AAC, M4B, M4A, FLAC, WAV, etc. Drag & Drop the music track in the program, and you have the output settings in the dashboard.

The developer AudKit worked on the conversion speed improvement, and they allowed the program to use CPU + GPU at the same time. You no longer have to wait for the program and finish the task faster, unlike traditional solutions. The CPU + GPU acceleration improves the conversion speed on low-end machines and other modern computers. Do not run multiple programs in the background because it will decrease the overall speed, and you may have to wait longer to convert. We have to say that 5X conversion speed is excellent for Windows & macOS computers.

AudKit developed the solution for Windows PC and MacBook & iMac computers. You can download the software for your operating system and start converting the Spotify music to local storage. Allow us to list down specifications so you won’t make any mistake.

You don’t have to worry about AMD or Intel or Nvidia because AudKit developed the program keeping many aspects in mind. We have provided a simple guide that will explain every point, so you don’t have to time in figuring out the process.

Windows have blocked the software from installing, and it has happened during our tests.

We have conducted a few tests to ensure that it does not contain suspicious malware or other threats.

We conducted a Total Virus scan that has searched the software using 50+ well-known security solutions.

SecureAge Apex & Bkav found malicious malware, but it is false-positive, which means it is nothing to worry about it. We have used the Avast Antivirus system to confirm the security, and it has scanned through the installed program and gave it a pass.

You have to install Spotify and AudKit Spotify Converter on the Windows & MacBook or iMac computer. Microsoft Store installed Spotify by default, but you have to update it manually because it will stop working randomly. 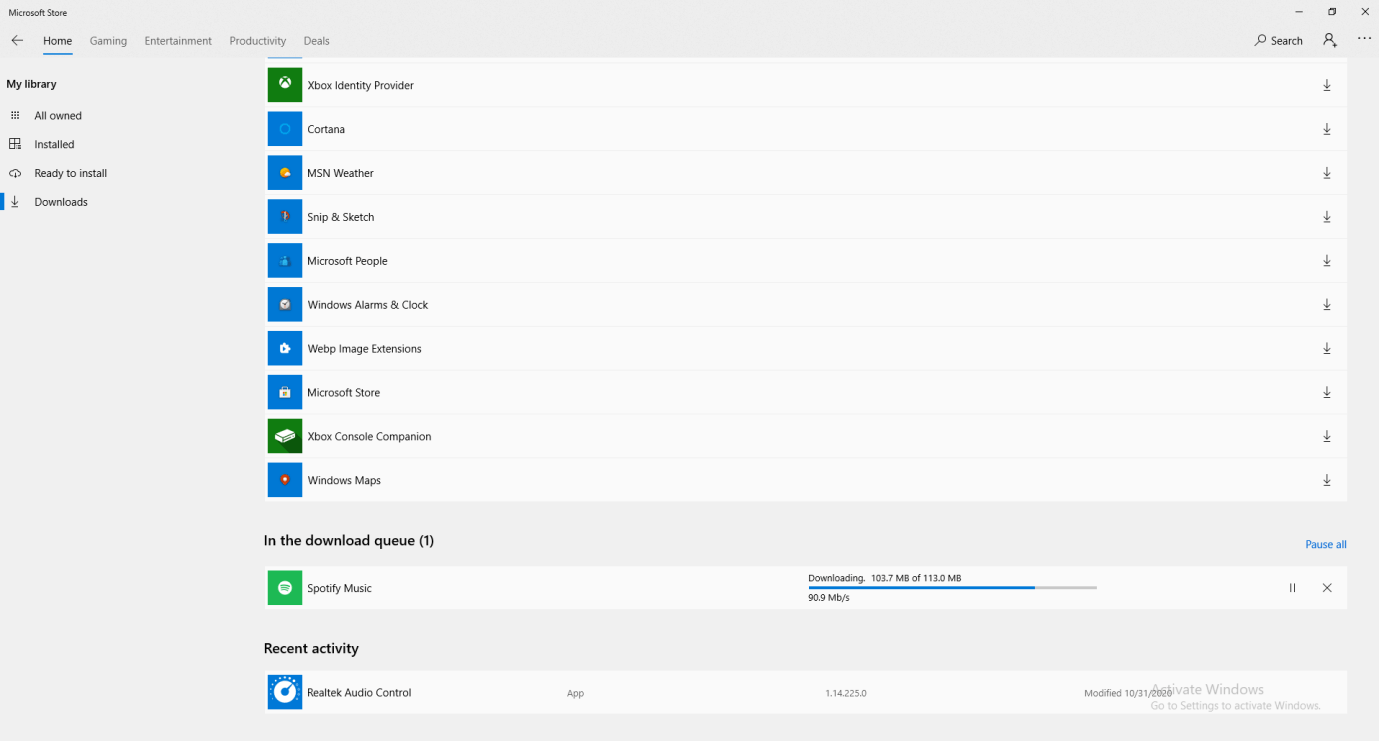 How to use AudKit Spotify Music Converter?

Allow us to guide you through the process so you know how it works and doesn’t have figure out as we did. Install AudKit Spotify Music Converter and Spotify in the machine, and that’s where everything begins.

Step 1: Launch AudKit Spotify Music Converter, and the program will launch the music app at the same time.

Step 2: Find the track and Drag & Drop in the AudKit Music Converter. 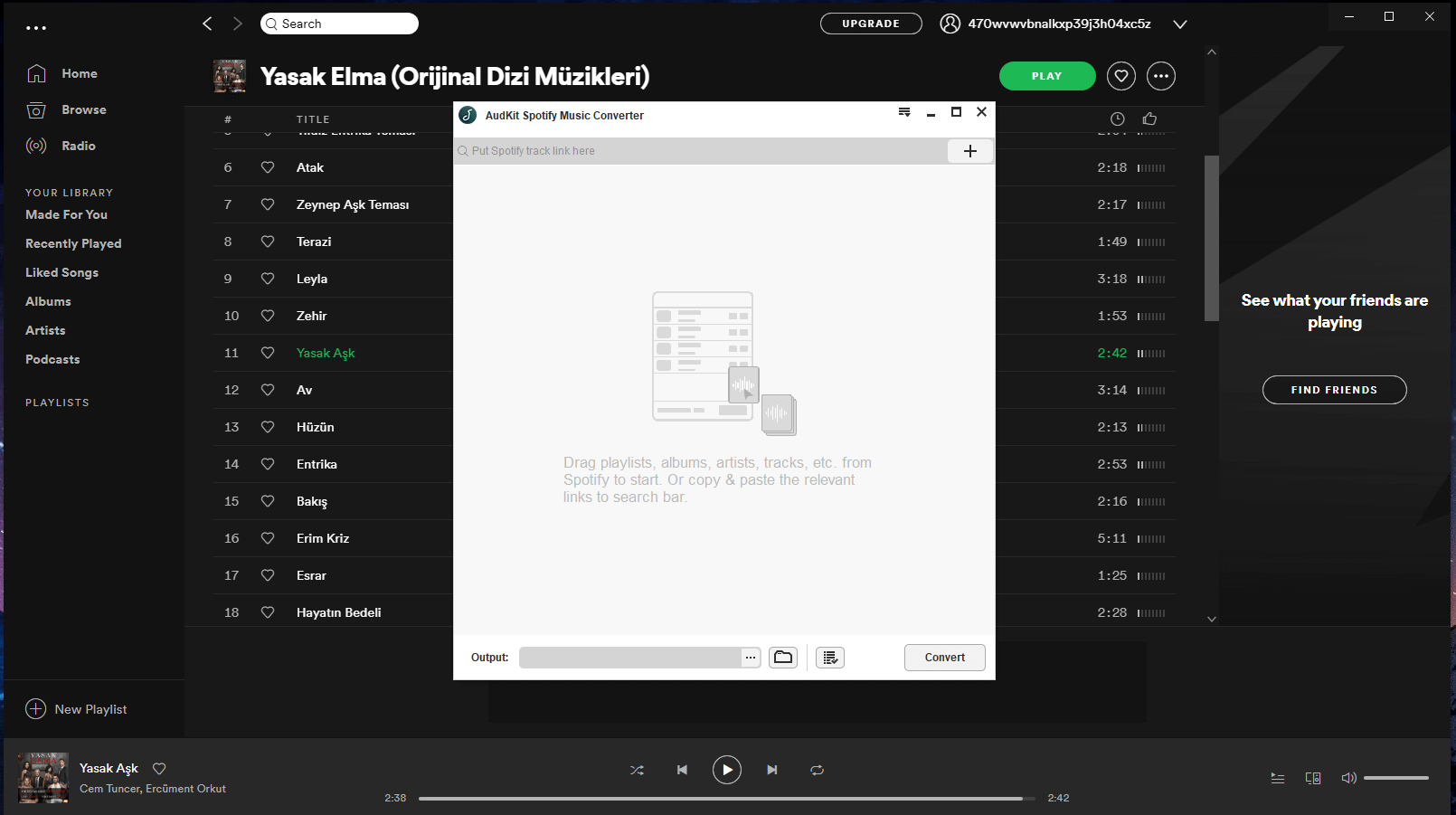 Step 3: The program will fetch information about the track and click the “Convert” button. 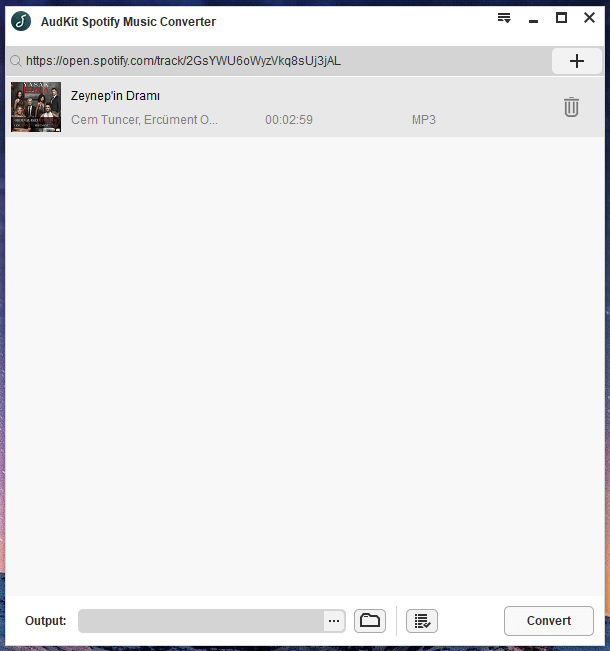 Step 4: Re-launch the Spotify program and then click on the play button in the music app. 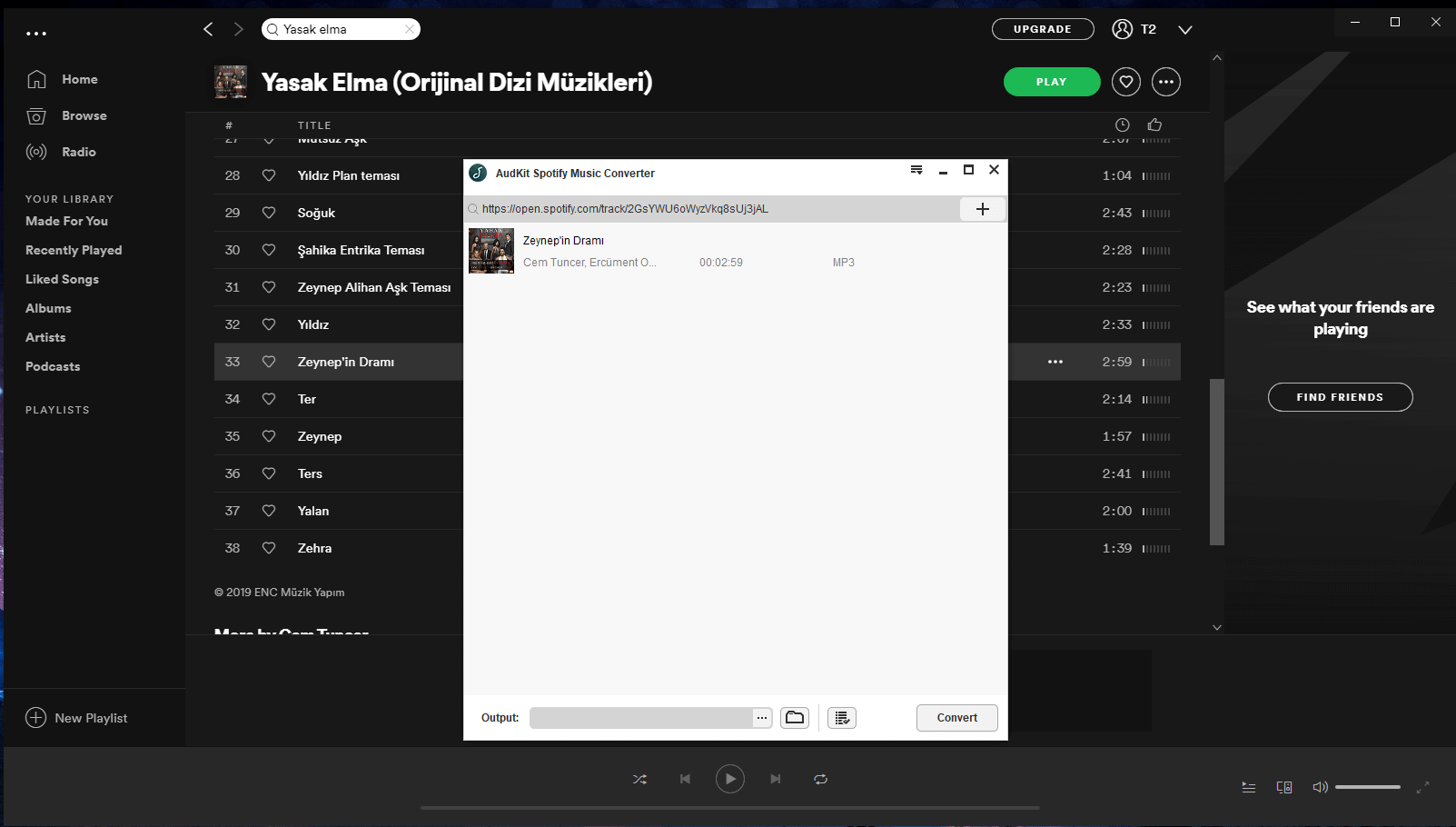 Step 5: The program will prompt to play the track or else it won’t work.

Step 6: Your track will be recorded and converted into the desired format.

You should be able to find the converted track in the destination folder and you can check that by clicking on the folder button at the bottom.

Make sure to restart the computer after installing AudKit Spotify Music Converter and update the Spotify app for uninterrupted music conversion. AudKit is selling the premium license key for $34.95 and you will get a lifetime software update. Let us know what do you think about AudKit solution in the comment section below.