Windows 10 was released in 2015 when 8.1 Pro failed to capitalize on the market. The official developers continued to work on the 10th edition over the years, and the latest build version is nothing like the original one. There have been drastic design changes and functions added to the latest edition, but it came with a performance cost. I have witnessed Windows 10 vicious performance decline cycle since 2016.

Why Windows 10 is slower on my laptop or desktop?

There are numerous reasons why Windows 10 is slower on your machine. Let me give you a clear idea of it, and I have listed a few valid points.

A. Windows itself has gotten heavier.

B. Many modern programs are consuming more RAM, CPU, and GPU resources. You can take browsers, for instance, they are RAM and CPU hungry.

C. Your software is filling up lots of junk over time. I install a fresh Windows copy once in six months because you cannot get out all junk.

D. Rising temperature and poor temp management. Millions of laptops go on for years without proper airflow vents, and we will get to that point.

E. Software corruption due to aging or threats.

I have listed a few points that came from experience, and it applies to almost all productivity and gaming laptops.

It’s time to explore the solutions, so you can make your machine faster.

I have upgraded the storage drive to 120 GB SSD, and I noticed significant performance improvement out of the cheapest upgrade. 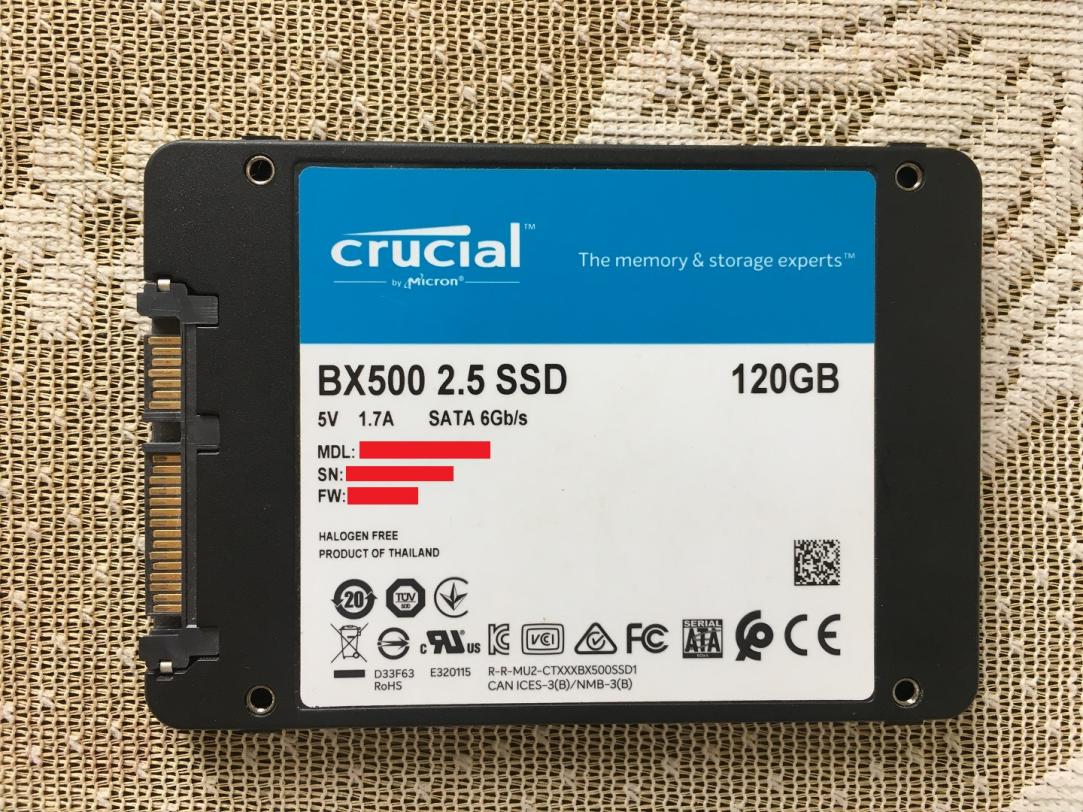 I ask the readers to upgrade the storage drive first and go for 120GB SSD or higher capacity.

If your machine has 2 GB RAM, then upgrade it to 4 GB or 8 GB RAM. Your laptop performance will boost up to 30% – 35%, and it is coming from personal experience.

Windows system file corruption is a common problem that every user goes through once in a while.

If you suspect that Windows has corrupted files, then you should consider installing a fresh copy.

Let me show you how to check the system files corruption. 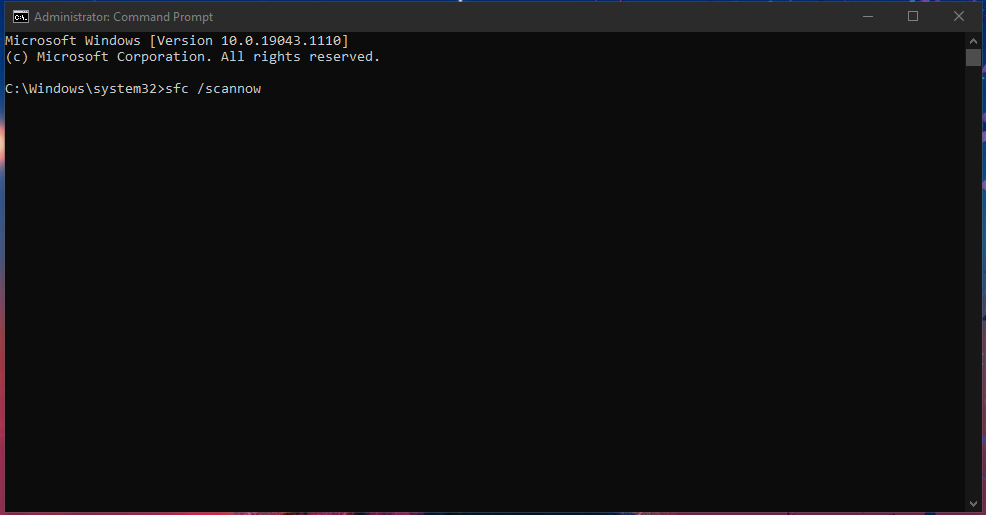 Step 4: If your machine says “Windows Resource Protection did not find any integrity violations”, then everything is good. 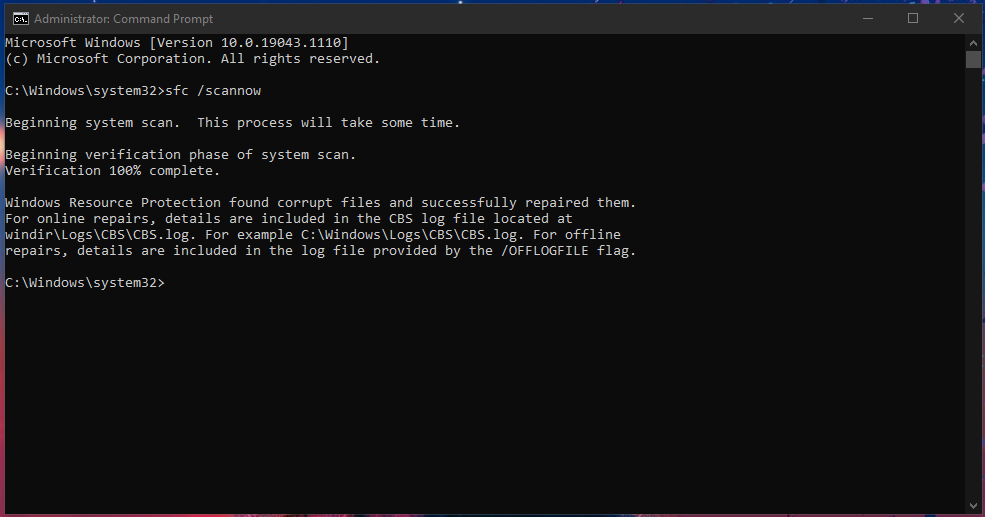 Run system files scanner again and if it has the same “Windows Resource Protection found corrupt files and successfully repaired them” result, then you should consider fresh Windows copy installation.

Note: Make sure to note down the product key for activation.

The majority of the computers did not switch to an SSD and have a slower processor in the machine. You should consider disabling start-up programs because they keep running in the background consuming hardware resources. Slower computers should disable them because even 1% performance improvement is a big one.

Step 4: Click to select the program and disable it. 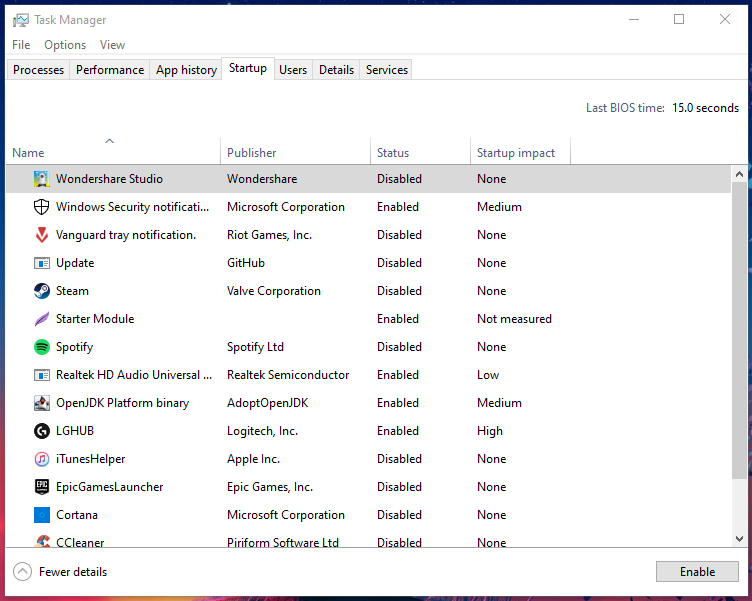 You can leave anti-virus, Windows Defender, and one or two third-party services enabled. Make sure to turn off the rest because they keep running in the background slowing the booting process and consuming hardware resources in the background.

Windows malware, adware, spyware, virus, is a common problem that every administrator goes through. Unfortunately, anti-virus systems consume a lot of RAM and run constantly in the background. Many users leave the PC unprotected for performance, and that creates an opening for threats. 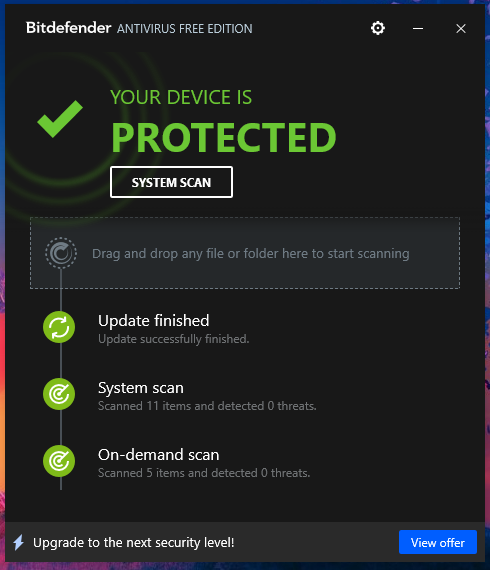 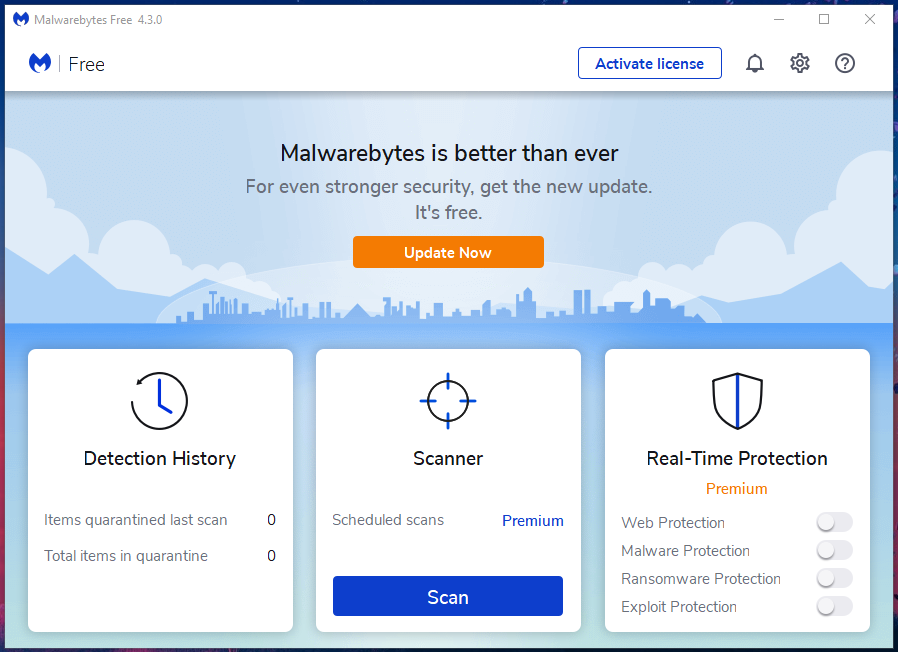 I use the Bitdefender (Free) and Malwarebytes (Free) combination to protect the machine.

A. Do not download or install pirated programs, including Windows.

C. Install Adguard extension in the browser because it blocks pop-up sites, which may contain malware.

D. Do not install random programs.

You can follow these rules and decrease the potential of virus infection.

Many do not pay attention to the thermals, especially, desktop users.

You would know if your hardware is heating up in a laptop, but it’s a struggle with desktop.

You can install HWMonitor in Windows PC , and it’s 100% free. 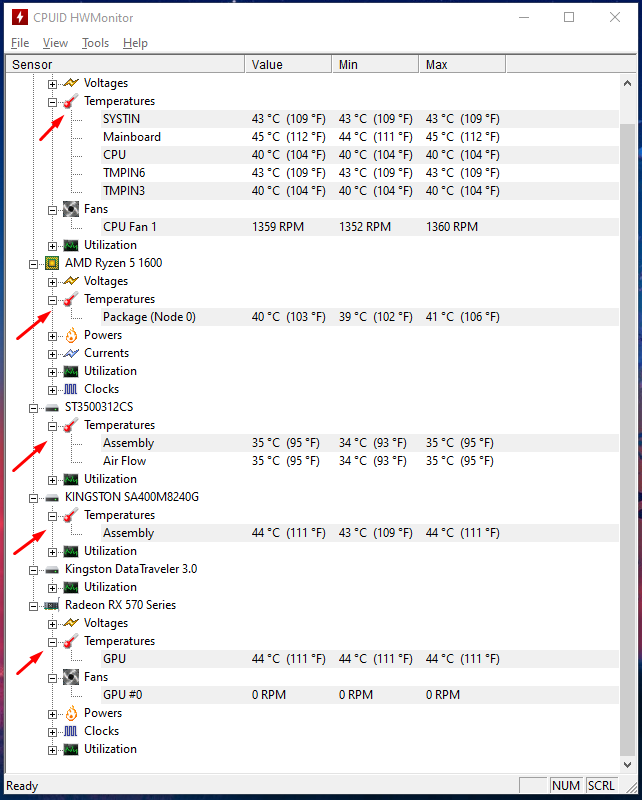 Make sure to check the motherboard, CPU, GPU, HDD, SSD, and fan speed.

I know that many laptop GPUs go beyond 90°, but it’s not safe levels. Remember, the rising temperature will slow down the machine, and the CPU & GPU will degrade faster. In short, a hot desktop or laptop will age the internals faster.

A. Consider changing the thermal paste in CPU and GPU.

B. Clean the desktop and laptop for better airflow.

C. Remove unnecessary components such as DVD or CD to leave more room for airflow.

D. Open the back panel or add more fans for airflow.

E. Make sure the machine’s fans are working perfectly.

Keep the machine internals at a suggested temperature for better performance. Consult a certified engineer to perform the cleaning process.

Microsoft doesn’t want to support machines older than six years anymore. You can take Windows 11 system requirements, for example, so you can expect the later versions to be slower.

You can consider switching to Linux, and I did this myself. 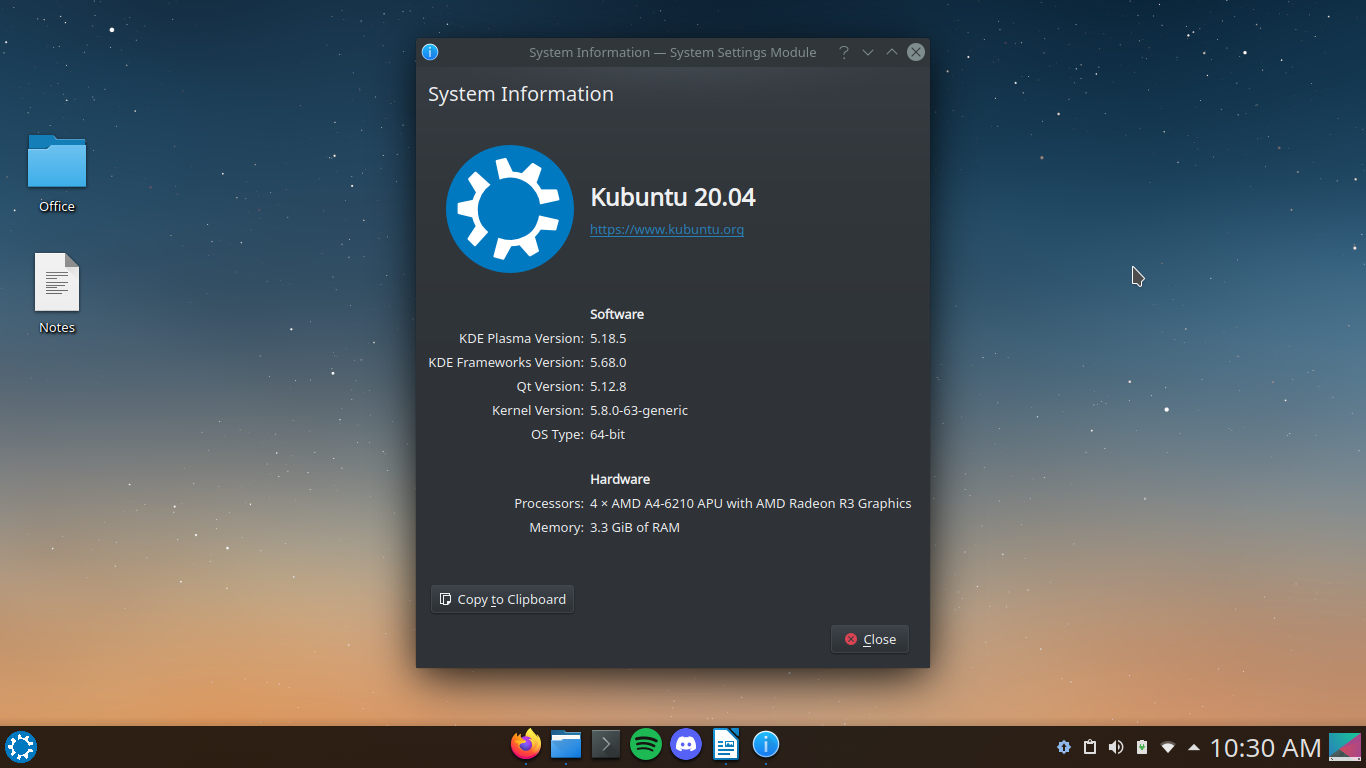 If your machine can run Windows 8.1 Pro efficiently, and then you can run Kubuntu 20.4 (LTS).

There are many lightweight Linux operating systems for 15-years old machines such as Zorin OS Lite, Lubuntu 20.4 (LTS), I have used all mentioned Linux OS since 2017 on the same laptop, and it will increase the machine lifespan up to five years.

The RAM consumption was less than 2.2 GB while running Firefox, Spotify, Discord, File Explorer, Word document, etc. You have to keep in mind that Firefox, Spotify, and Discord are CPU and RAM-intensive programs. 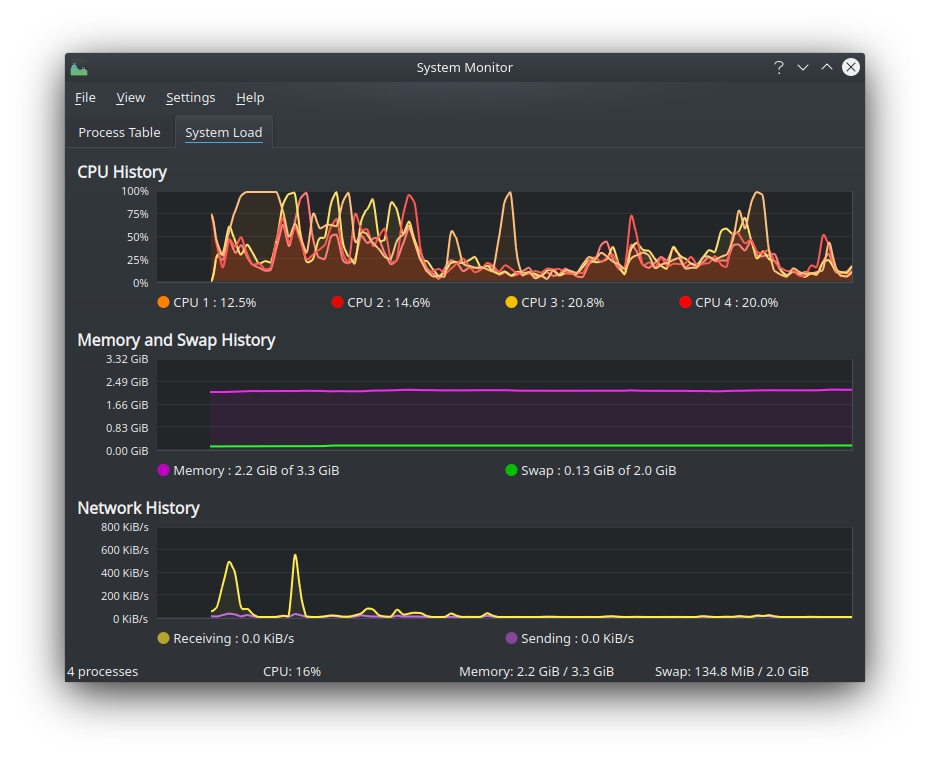 Yet, the performance on the low-end notebook is superior in every task.

A. Kubuntu 20.4 (LTS) for any laptop or desktop released in the last 7 years.

B. Linux Mint (Cinnamon) for any laptop or desktop released in the last 12 years.

B. Zorin OS 15.3 Lite for any laptop or desktop released in the last 15 years.

There are program limitations in Linux operating system, but I have found alternatives, and I will stick with Linux software for many years to come.

Windows 10 is a heavy package and is not optimized for low-end machines, which is evident in the majority of the cases. However, you can invest in SSD and RAM upgrades, which will increase the speed and boosts performance up to 35%. If you don’t have a budget, and then put the money on an SSD because it will load all programs, file explorer, and others faster. I switched to Linux despite the limitations because the minimum system requirements are ideal for an older laptop. Let us know which solutions helped you to improve the performance in the comment section below.