Virtual Private Network has become a phenomenal technology and service in the year of 2018. The security level of the VPN becomes very important for many people around the world. You can connect your Windows, Mac, and Linux PC to a VPN to remain anonymous on the Internet and surf without worrying about the privacy invaders.

How about you connect your VPN to your WIFI router?

DD-WRT introduced in 2005, and the Linux based open source firmware allows the users to unlock and increase the potential of the WIFI router.

You need a DD-WRT enabled WIFI router, or else the idea to add VPN service to router won’t work.

ExpressVPN is one of the underrated VPN services that doesn’t get credit for their features and performance. ExpressVPN added detailed tutorials to their packages so that you can setup DD-WRT router. The company also offers preconfigured Virtual Private Network router that eliminates manual work. 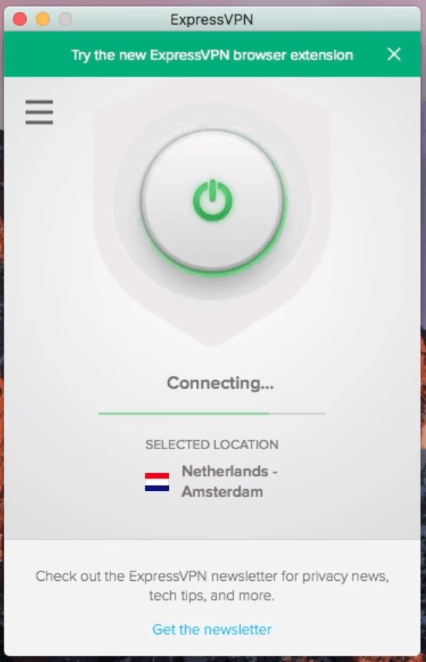 The computer supports Windows, Mac, Linux, Ubuntu, and another operating system without any issues. If you support one account from ExpressVPN, then you can use it across other platforms like Chrome extension, Mozilla extension, Android Smartphone app, Apple Smartphone app, and more.

You get unlimited bandwidth from ExpressVPN, and you can switch to unlimited servers with 99.99% server uptime. The Virtual Private Network known for security and the ExpressVPN has worked their best to give you the best-in-class encryption. The company has a strict policy of no activity logs, so your browsing history will be saved by the program. You get access to 145+ servers located in 94 countries.

Price: It is expensive than other VPN’s.

NordVPN is one of the fastest growing virtual private network services in the world right now because they have invested plenty of money in advertising, but they are worth every penny.

You can purchase one account from the NordVPN and secure your Apple and Android devices, Desktop browsers like Chrome and Mozilla, and desktop OS like Windows 10, and Mac OS. You cannot use the same account in six devices like Tablet, Mobile, Android laptop, and more.

You get 24/7 customer support from the official team, and you get 4000+ servers in 62 locations, and you can switch from one location to another within a matter of seconds.

Price: The current offer is $2.75 per month if you purchase three years package.

Windscribe is growing at a tremendous rate, and unlike other companies, they are going abroad with their features. Instead of giving you 100’s of imperfect features, they focus on providing features that they are the best at it.

Windscribe prevent hackers, and they are blocked, so they cannot get a copy of your data and get into your browser. Advertising companies leave trackers behind so that they can fetch data about you, and they use it to give you relevant advertisements.

The company has a strict policy of not saving the browsing history, and it does not keep any saved form data after your session completed. In simple words, they don’t even know if the same person has accessed the website.

The company is known for their encryption, and they use an AES-256 cypher with SHA512 auth and a 4096-bit RSA key. You are secured from hackers and privacy invaders because they can never find the user location.

You can switch to 460 servers, and you can access 100 locations.

Price: If you purchase two-year plan, then they charge you $3.70 every month.

IPVanish has cemented their legacy by becoming the second best VPN in the category. They have added tremendous value to the regular customer by offering in-built new IPVanish VPN routers. They are not getting back in the line because they support multi-platform protection. IPVanish supports your desktop browsers like Chrome and Mozilla, and they have added support to smartphones, and they also available on Windows and Mac OS.

The company use 256-Bit AES Encryption, so it becomes very difficult for a hacker to find your location and attack you. The company has a strict policy of keeping no logs, and they have worked hard to ensure that logs are not saved before and after browsing session.

They provide 1000+ servers and the number of countries 60+. According to the sources, the IPVansih use more than 40,000 IP address to mask the user’s locations. I can tell you that the number is massive and it the ultimate protection you can get from the VPN Company.

There are many VPN’s in the world, but only a few of them have proper protection and give you some features. Let us know what do you think about it in the comment section.