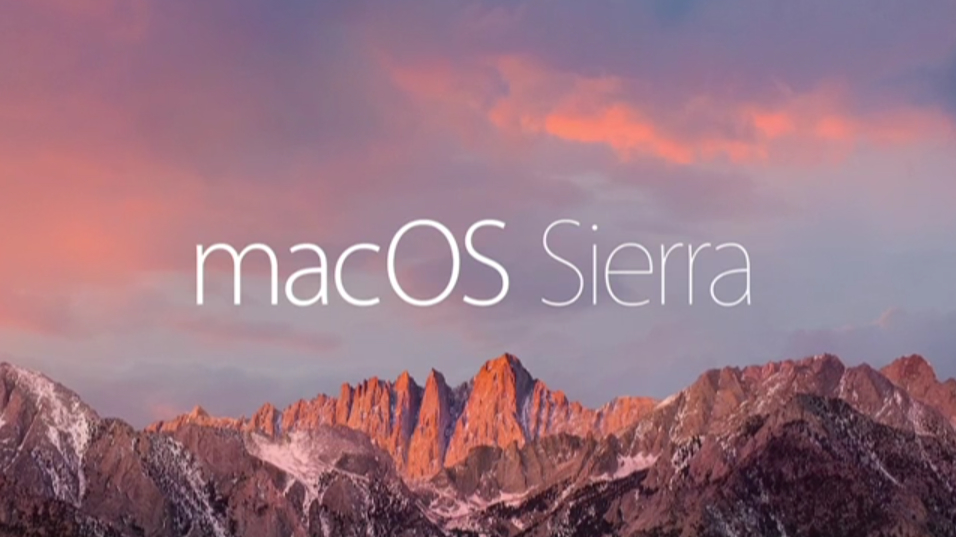 Recently Apple had announced its new line of the latest Macbook pro’s and the people are just wild about it. Some have given positive reviews to this new addition in the families of the macbooks and also some have had negative ones. But what caught the eye of everyone was that of the MACOS SIERRA. This is one of the early updates by Apple in their line of Operating systems for their macbooks. today in order to showcase some of the most exciting newness of the operating system, we are going to have a look at the MAC OS which is a latest addition in the Apple family.

In order to talk about Sierra we first have to look at what’s new in the latest Macbook. Though there have been some minor additions to the Macbooks, the major removal and disaster of all changes is the removal of the USB ports. As of now the people are left with no other choice that buying for themselves heavily overpriced adapters. An addition to the systems in the 10% touch bar beside the keyboard which makes it linear addition but of not that much use. So, in order to inculcate these changes, Sierra is going to programmed that way. With many heavy changes and some unwanted introduction as well the sierra OS is surely going to be a mixed bag.

Well the most common and the most noticeable change that you are going to notice right off the back is that the name itself is now changed. The more familiar OS X is now obsolete and we have the Macintosh Operating System now instead. This doesn’t necessarily mean that it’s a change for good. I still find myself telling people that my OS is OS X SIERRA instead of the real Macintosh Operating System. Keeping that fact aside now let’s have a look at some positive changes in this one that defines every MAC whether it be the Laptop range of the Macbook Pro’s, Air or the conventional iMac desktops and the full grade workstation MAC PRO.

WHAT’S NEW IN THE NEW MAC-OS?

Well there are some awesome features that the new Macintosh Operating System has with itself in order to justify for that $1800 price tag of the new macbook Pro.

Just like apple’s original brainchild, they want everything to be connected and have wider accessibility together in order to increase the productivity. Now the Macbooks are supported with the ability of being unlocked by a sheer tap on the iWatch, provided if you own one. The connectivity of other devices as well has increased with wider ranges making everything happen with ease.

Well the main idea behind the removal of the USB port was to make people go wireless but we can guarantee that apple has some better options than this. This has ensured that the hardware has a strong Bluetooth and wireless capability and also the software strong enough to support it. Hence Macintosh Operating System is aimed to provide access.

Earlier apple pay was a common name for the iDevices like the iPhones and the iPads but now even the MAC is going to promote it. Though this will still require you to have your iDevice quite in handy with you. This is one more way of making their device go eco-friendly and also promote the usage of apple pay in e-commerce transactions.

Viruses are always a no go for macs and the main reason for this is the increased security each and every year. This year Mac OS has yet again integrated the usage of the touch ID sensor of your supported iPhones to promote much more security. This adds up and extra barrier for potential threats to your system and your privacy.

Each and every time apple launches a new product, the users of the older device fear the fact that their hardware may now become obsolete but this is not the case this year. Macintosh Operating System has compatibility with almost every recent computer that has been sold in the past 5 years or so. This may seem not so good a feature for all the ‘Windows’ Geeks but for the apple people it really is.

MAC-OS as it turns out is a mixed bag, with some faults being in the latest macbook and some being in the OS itself. It really is a must upgrade for those who haven’t updated since OS X MAVERICK, for El capitan users I would suggest you are good with the older OS for now and wait for some time till a confirmed stable release is not public.