The basic tendency of the human is to keep some secrets from each other; this tendency has been carried from ages first as letters or diaries and now in this modern world as apps in mobile phones. Now that each cell phone contains someone secrets, it is necessary for the individual to keep it as a secret. Now basically sometimes a scenario occurs in which one has to share his or her cell phone or smart phone with another person, which may lead to the distribution of the owner’s secrets.

There are many manners of hiding the information from users, many of them being saving it on the person’s email, or encrypting the information that is only understandable by the owner. The best way of keeping secrecy is through the use of an app that allows you to restrict the user to see certain items through pin codes or through the use of pattern locks. There are multiple ones that provide you to lock individual application through the use of a different pattern as that of the main phone locking pattern or in the same manner allow you to define a different pin code that will allow you to deny access to certain applications.

The best known app among the ones available on the play store is one developed by the developers and designer at Liquidium have developed an amazing application known as HEXLOCK for the sole purpose of generating security for the different application. It should also be kept in mind that the developers at Liquidium have received Top Developer Badge at Google play. This award is given to those only that are committed to launching innovative and high quality application. This is freely available on the Play Store, which allows it to be used by anyone that has an android enabled mobile phone.

Get it free from the PlayStore

Want to extend your device battery life more than what all say ? Then try Battery Time another free application from the same developer. 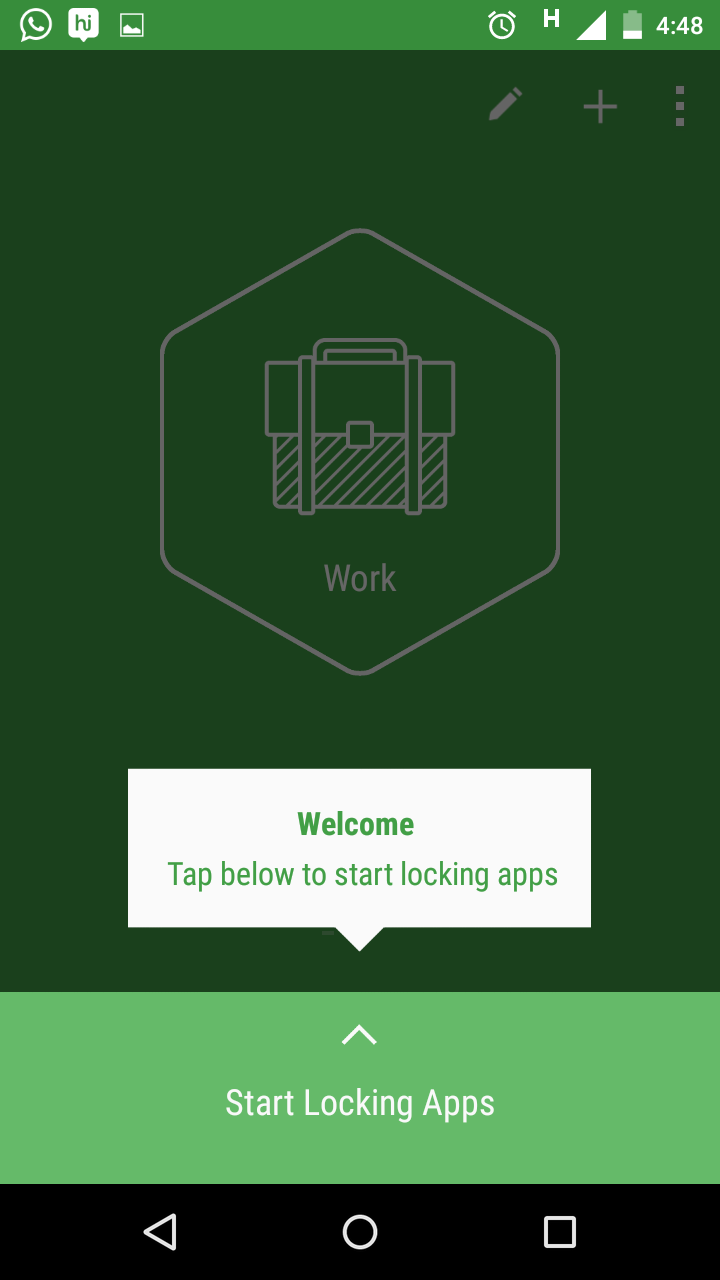 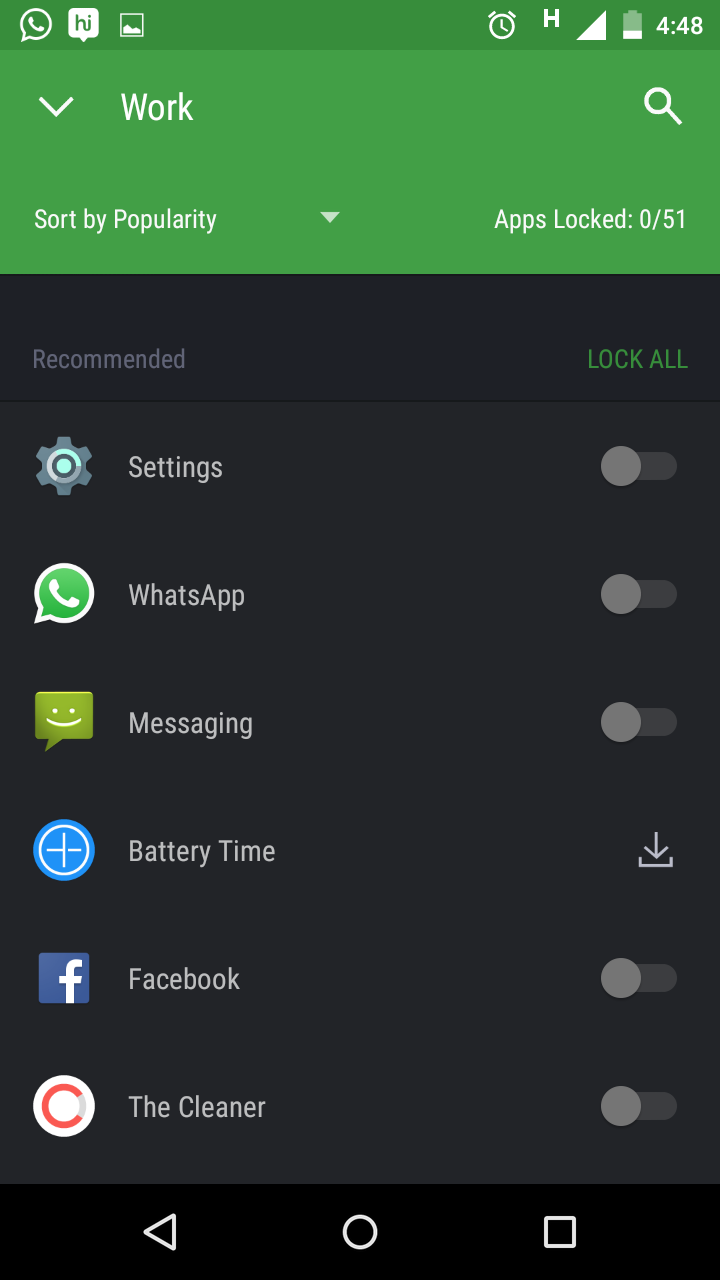 Set the apps you wish 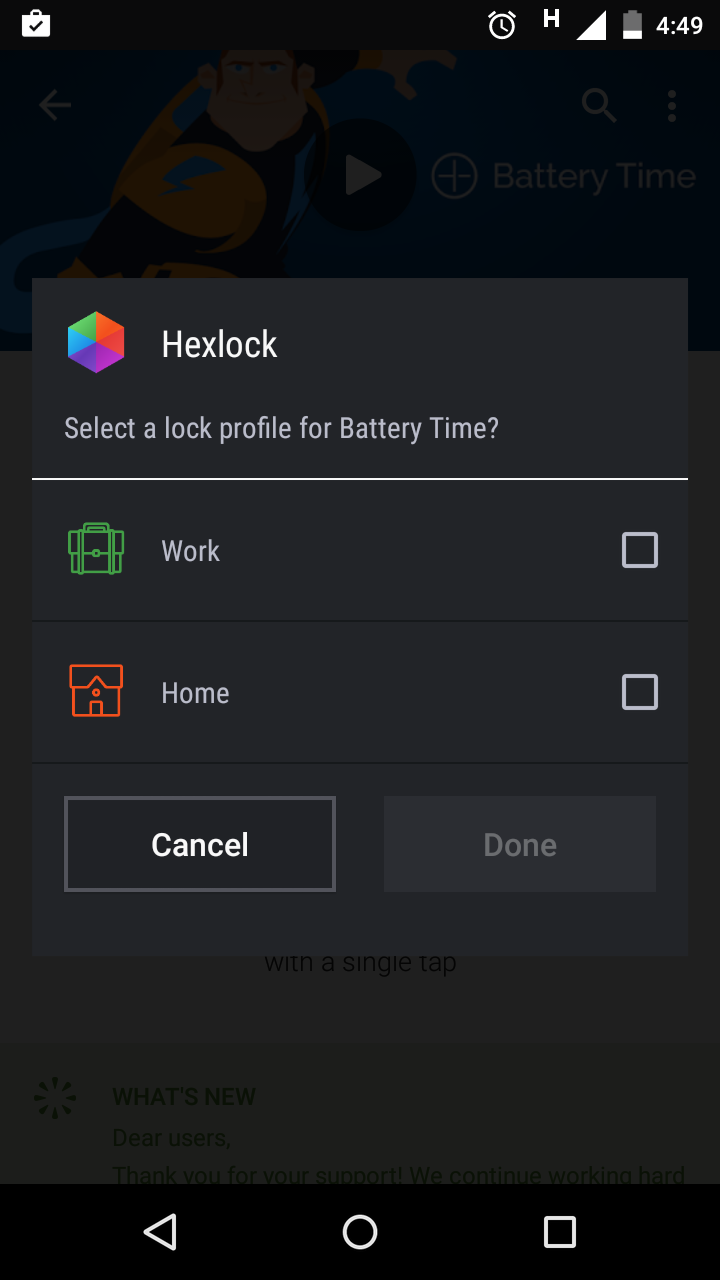