Crusader Kings 3 is an extremely vital game that, like real life, holds surprises. But to make the game seem even more real, you need good devices that will convey all the features of the game. One of the main devices is the mouse. You can also check the list of top 10 gaming mouse under 50 that will help you to feel the game 100%.

And today we are going to tell you about the mistakes that you can make in this game. 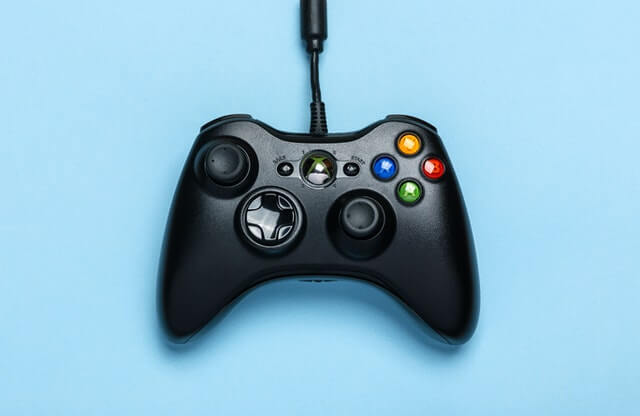 Mistake #1. In choosing loyalty, I’m going to trust the numbers.

This is not a mathematical game, but, as has been said, a life game. In life it sometimes happens that you can buy for a hundred rubles, many times more quality and useful than a thousand, although in the games it is rare. It’s the same here: he who trusts the numbers will be surprised to find that a spouse loyal to 100 points, suddenly cheated on her king, caught syphilis and lavished her lover, and a disgruntled vassal with a rating of -100, not only can perform their duties well in the Council, but also will not betray, without due cause. This is not always the case, of course, but it happens nonetheless.

Mistake #2. I will put this scoundrel in jail, and I will not get anything for it.

Whoever is tired of competing with a powerful vassal, especially if he found out some secret about the king, and through blackmail, bargained for some preferences, can simply put him in prison. The conspiracy weaving around an enemy can never translate into a real result. You have already been exposed several times, all the masks have been dropped, but the status quo, nevertheless, persists. And now, when your patience is running out, you decide to throw the blackmailer in jail. You’ve done this many times before in other games. Here, however, your idea can turn disastrous: the vassal won’t obey your orders, teams up with his neighbors, goes to war on your capital, and seizes it, ending your game.

Mistake #3. My kind will rule these lands forever.

Your ruler may begin the plot with children already present, such as those not born to you, or in a not quite legal marriage. And, when the king is laid to rest, it will suddenly turn out that the eldest son who ascended the throne – surprise – is not even native, and is from a different dynasty, despite the fact that he was raised by the late ruler from childhood and had a high opinion of him. The coming to power of such a bastard is immediately reflected on the opinion of the supreme aristocracy, and there is not enough gold or positions to placate them, so keep a close eye on the current rules of succession and on who the heir will be.

Stress comes unnoticed. At first the game scares you that the worst will start after you score a hundred stress points, but when you score a hundred stress points, nothing much happens-just minor penalties, nothing more. It is therefore possible to continue to abuse, and then the stress exceeds 200 or even 300 points, and then the horror begins: the lord may die, may accumulate such fines that it becomes impossible to lead his subjects, and may simply earn a mental disorder, which leads to unpredictable, and, as a rule, bad consequences for the player.

Mistake #5. Pilgrimage is boring and long.

There’s really nothing terrible about the Pilgrimage, and despite the system’s assurance, it’s not long at all. The pilgrimage will greet you with a series of pop-ups of events, like when you’re having a feast, and if you go to the right place, then the Holy Church will think more highly of you, and will be more willing to give money and make up “casus belli” as an excuse to start a war.

Mistake #6. I will certainly make a lucrative marriage.

Choose an influential father-in-law or mother-in-law – be prepared for the fact that you will be politely but insistently asked to fight on their side against someone equally influential. Arrange a marriage to an influential and dangerous relative, marrying her off to some homeless fool with a mental disorder in the hope that the parent will go away with the new kin, but here the fool becomes a powerful vassal, taking away the lands that you yourself had plans for. There will be a lot of surprises like that, so sitting around for hours picking out a couple for the wedding is not the most productive thing to do.

Mistake #7. I’m going to live happily ever after.

Sad as it may seem, but kings, dukes and all sorts of emperors do not live long. Of course, there are exceptions, but as a rule, if someone has survived 60 years, consider him lucky. And it’s important to note that when a lord dies his reputation also disappears, so if you see that your king’s face is covered with wrinkles, spend prestige points and other personal resources to get more money from the church, get hold of claims on neighboring lands and generally prepare the environment so that your heir would have an easier time.

Mistake #8. I don’t understand anything. Looks like you have to go through the tutorial after all.

The fact that there is a tutorial here is a big surprise. However, the training available here can cover, at a glance, about 20% of all the mechanics, or even less. If you want to understand, you have to immediately accept the fact that you’ll have to read manuals, forums, ask questions, watch videos and tutorials. This game should be treated as a large and complex program that can not be taken at once and mastered.

Mistake #9. I like this game so much that I think I will pay money for it.

You should think twice before getting on a merry-go-round like this, which first draws you in and then draws a lot of money. A sense of collecting comes into play: if I have a game with two expansions, I just can’t miss the third. It’s like with your favorite car in the basic package, for which, after the purchase, for months on end will be added mats, mirrors, navigation systems, covers, and other useful and necessary things.

Here is the vassal and against him the intrigues have begun, so we must be sure to wait for their results. Eventually, once the results are in, there is some new hook and then another one that will firmly hold anyone who has found the strength to delve into the local gameplay. So beware: Crusader Kings 3 is one of those games that will eat up all your free time, giving a lot of vivid memories and a little bit of frustration in return.