Video slots offer the acme of slots gambling entertainment. They come in different shapes, colors, themes, and bonus features, thus, providing an ideal game for every kind of slot lover. These games have the potential to lead to an exhilarating experience. Even though most pro players prefer skill-based games and real money slots, they still take time to spin the free video slots. 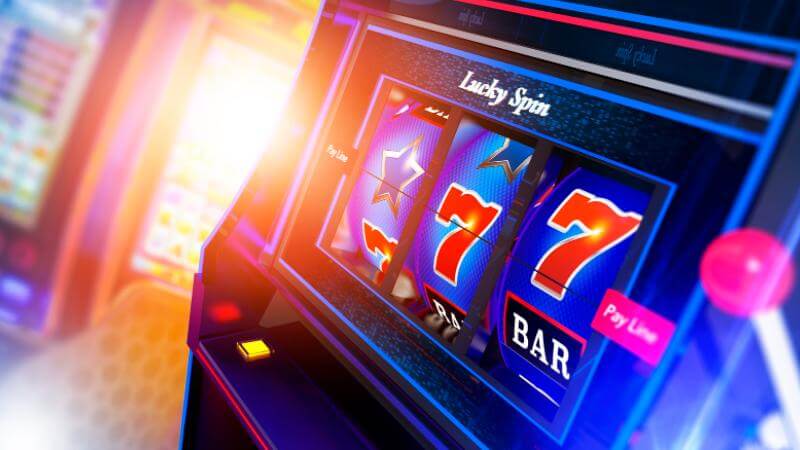 The free games offer the ultimate thrill of playing slots without the incessant fear of losing real cash. They provide the perfect opportunity to practice and familiarize yourself with these games before playing for real money. Practicing usually increases your probability of winning when you finally embark on the real games. This is perhaps even more important for video slots lovers since the games come with new features every day.

New video slots have unique bonus features that require familiarization before taking real money risks. Even the sequels of some existing slots have amazing features that are significantly different compared to their original. The Cleopatra 2 slot machine is a perfect example of the brilliance of slots. The newer slots are even better.

Here is an overview of the most popular bonus features in video slots. They may look quite familiar, but they have been greatly enhanced to suit the needs of modern gamblers. The top three features are as follows: free spins, cascading reels, special wilds.

Free spins are perhaps the oldest kinds of bonus features in video slots. It is outright difficult to find a video slot game without free spins bonus rounds. The only difference could be the mode of triggering them. What are free spins?

Just like the term suggests, these are rounds where you get to spin the reels a specified number of times without spending a penny. You will get to spin at the bet amount that you had set before triggering the round. There are diverse ways of triggering them, and they include the following:

The most common way of triggering these bonuses is by landing a specified number of scatter symbols. Scatter symbols are special symbols that have the power to unlock bonuses. In the themed slots, bonuses are usually represented by sentimental symbols that instantly reveal that something big is coming your way. For instance, in Ancient Egypt themed slots, the scatter could be the pharaoh, the queen, the pyramids, or the scarab beetle. All these are special symbols; hence, they can perfectly exemplify the importance of a scatter symbol.

Landing three or more symbols is, more often than not, the key to the bonus features in new video slots. Besides, some scatter symbols may have the power to lead to winnings in addition to triggering the bonuses. Moreover, they usually create winning combinations in all directions, making them more valuable.

Some new video slots also have free spins as random features that can be triggered at any point. They make it so much easier to unlock these bonuses. Finally, some new slots can allow you to purchase the feature if you are not patient enough to wait for the scatter symbol or the random trigger. The cost of purchasing free spins varies greatly, so you should always check the game you are playing. Is it worth it?

It certainly is if you are playing the right slot. In addition, some slots are usually more generous during these rounds due to the appearance of special wilds and other features. Hence, the benefits of buying the free spins outweigh the risks.

Can free spins be retriggered?

The new video slots usually allow you to reactivate the free spins bonuses when you land the same number of scatters you used to trigger the bonus. Hence, if you needed three or more scatters to trigger them, then three or more of more during the bonus would restart the feature. However, this is not a universal rule of thumb because some slots could require more or less scatters, or other symbols like a wild would retrigger the feature.

Nevertheless, these slots do not usually allow you to retrigger the bonus round eternally. Thus, they could limit the number of times you can retrigger the feature.

Many people in gambling circles usually think that free spins and respins are the same. They are essentially formed the same way, but they differ slightly. A respin is a feature that allows you to spin the reels one more time for free. It could be triggered after landing a winning combination where the symbols involved remain placed while the rest spin. This could lead to more winning combos in the process.

Why are free spins so popular?

Free spins are quite popular since they are the simplest forms of bonus features for both the developers and the gamers. Hence, they are very easy to understand. They are also absolutely free, and every gambler loves a free round that can result in real money. Also, they are usually given in conjunction with other special features like multipliers, random wilds, special wilds, and more. Therefore, the free spin rounds tend to be more rewarding compared to the basic game.

The new modern video slots usually have free spins and other bonus features. They rarely offer just a single feature, so players can look forward to more.

The cascading reels feature is so popular in new video slots. They are free rounds that increase your chances of winning multiple times in the same round. Slots from different software providers offer the feature; thus, they tend to have different names. Others call it the avalanche feature, while others refer to it as the tumbling reels feature. Nevertheless, the feature is quite fun, intriguing, and rewarding regardless of the name you want to call it.

How does it work?

The slots with this feature have the normal setup and gameplay. They require you to adjust your bets, spin the reels, and wait for the outcome. If you win, you will get your payouts, and if you lose, you get to try again if you wish. These games begin to tickle your fancy when you win. Once you hit a winning combo and get your wins, all the symbols involved will disappear, and the symbols above them will fall into their positions. A new set of symbols will then occupy the spaces left at the top.

If you make another new winning combination in the process, you will be awarded the new prize, and the process continues. This feature usually ends when you fail to create a winning combination. The cascading reels are quite similar to respins, though they differ in concept. The feature takes away the winning symbols while the respins usually retain them and allow the rest to spin.

The cascading reels feature makes the game more breathtaking since a winning combination is the beginning of the game and not the end. It also increases the potential of winning big even when playing ordinary slots with small jackpots. This kind of action is simply irresistible.

To sweeten the deal further, the cascading reels can appear in combination with other bonuses. For example, it is often given together with a multiplier feature where the value increases after every consecutive cascade. For instance, the first cascade could have a multiplier of 1×, the second 3×, the third 5×, and the fourth 10×. The feature and its conjoined bonus could boost your winnings tremendously.

Which slots use cascading reels?

As aforementioned, this concept has become so popular in new video slots though they tend to have different names. It is common in games from top software providers like NetEnt and IGT. Some of the most popular slots that have it include:

There are many others that you should certainly explore for a chance to win big. Just like free spins, modern video slots usually have cascading reels and other bonus features. The cascades could be more lucrative when hit during another bonus round like free spins. The multiplier values, for instance, could be higher for each cascade leading to a bigger winning potential.

It is impossible to leave out the new emerging types of wild symbols in this article. They are amazing features that certainly increase your chances of winning big. So what is a wild symbol? These symbols can substitute for other regular symbols leading to a higher chance of creating a winning combination. Initially, they were just ordinary symbols that would serve their purpose, but they have been improved to take the excitement a notch higher.

Just like scatter symbols, the wilds are usually represented by symbolic icons that showcase their importance at first glance. They are often represented by the game logo and other well-crafted symbols like the game’s patron or its inspiration. The wild could also double up as the highest paying symbol. Hence, landing five of them could be the key to the jackpot prize. What are the different types of wilds?

Let us take a deeper look at each of these wilds. They usually retain the power to substitute for other regular symbols, but they tend to be more dramatic.

These are very popular wilds in new video slots. They stick in place in subsequent spins whenever you land them and could remain sticky for a specified number of rounds. In some slots, Sticky Wilds are available as a part of the free spins bonus, where all the wilds falling in place become sticky for the rest of the round.

The expanding wilds, just like the name suggests, can enlarge vertically or horizontally to cover more positions and improve your winning potential. Sometimes they would cover an entire reel leading to massive prizes.

These wilds appear stacked, so when one symbol lands, it gets to have a bigger impact. The concept is almost the same as the expanding wilds.

These are mobile wild symbols that neither disappear nor remain in one place. They could be walking or falling. For falling wilds, they move a step down after every spin and lead to more wins. They disappear when they finally fall from the bottom reel. Others could move to the left, to the right or to a random position.

These special wilds are quite popular in new video slots. This is because they are extraordinary features that take away the monotony of ordinary wilds.

These are the top three bonus features in new video slots that take the excitement of playing slots a notch higher and increase the winning potential tremendously. You should play slots with these features for a refreshing slots experience.