A server remains at the center of every organization, storing all of the data required to keep the company running. There is no business that can exist without record-keeping everywhere on the planet. From small businesses to giant organizations, everyone utilizes the same server to store information about its customers and the orders they’re working on. All records, from fundamental to advanced, are stored on a single server, including personnel databases, transit databases, and finances. And no records are ever jumbled up. These servers are data warehouses with a lot of features and a lot of benefits.

Banking, government organizations, and global enterprises all have massive volumes of data that must be safely kept and accessed. As a result, they handle their data using database management systems. The best standby databases management system recognizes the connections between the data it stores.

Oracle is indeed an object-relational database that is one of the world’s most complicated databases. It indicates it enables various object-oriented features, such as extending the database server’s capabilities by defining new and complicated data types and constructing objects with “Inheritance” qualities that can acquire properties from other objects. 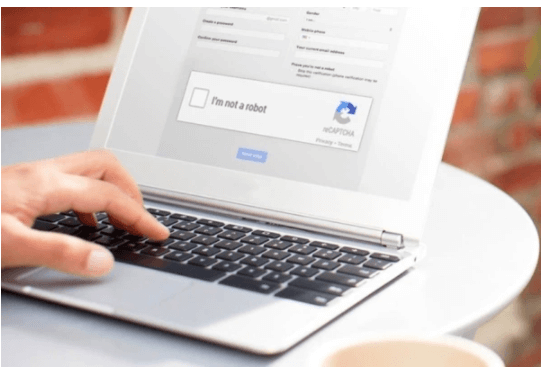 There seem to be a plethora of issues that can wreak havoc on an Oracle database’s efficiency. As a novice DBA, you should recognize the types of bottlenecks that really can occur and how to solve them. Here are a few examples: To avoid fragmentation, use shared wait events, verify if the correct index would be used, then rebuild indexes and records if needed.

DBAs and software development organizations frequently collaborate to avoid database design flaws and costly database structure changes in the future. DB normalization, at least back to the third normalized form, is among the most important concepts for every DBA to understand. You undoubtedly know how to normalize a database, but it’s a double-edged sword in practice. In the aim of accelerating overall data access, you may want to denormalize a database and encourage redundancies in a controllable environment in certain database design circumstances.

Most relational databases are built on SQL or Structured Query Language. In relational databases, SQL is being used to store and retrieve data. Oracle is, in reality, a SQL database in its own right. The Oracle database also adheres to ANSI standards. If you’d like to become an Oracle DBA, you can’t ignore SQL. Before you attempt to study sophisticated Oracle database modules, enroll in a SQL basic course.

Familiarize Yourself with Virtualization

Functioning as a DBA will expose you to a wide range of operating systems. Playing around with Oracle VirtualBox is a wonderful approach to gain a feel for different operating systems. It will enable you to run many virtual computers with multiple operating systems on your PC, allowing you to familiarize yourself with them in a secure environment. This will also serve as a stepping stone to much more advanced tasks in the future. A basic example of using VirtualBox to create a VM may be seen here.

We recommend that you experiment with setting up a few virtual machines, installing Windows, and a range of Linux distributions, including Oracle Linux versions, Ubuntu, and possibly Fedora. At the start, it’s not necessary to delve too deeply into some of these Linux distributions. That’s more of a learning experience with VirtualBox. You’ll gain a better understanding of virtualization in general as well as the product in particular if you try a range of things. You might also find it helpful to read a simple introduction to virtualization.

Command over SQL and PL/SQL

A novice DBA should really be comfortable with SQL, a nonprocedural language used to execute both DDL as well as DML instructions. They should also be comfortable with PL/SQL. Even though PL/SQL is considered a developer’s language, a DBA should utilize it to build jobs, stored procedures, and query underlying system records. A DBA that understands PL/SQL will interpret programmers’ scripts and fine-tune their queries.

The Oracle database is well-known for its ability to store huge binary & text data in LOB columns. However, in 11g, a new LOB design known as Secure files was implemented. Large objects in LOB columns are reported like documents in file systems, as well as the method of storing and operating with portions of LOB data has been completely re-engineered. And it is now feasible to mount a file system on even a Linux platform that stores its files throughout the Secure file LOB columns of the database, thanks to Secure file architecture. All file functions in that mount point are turned to PL/SQL API calls, which perform operations in linked LOB columns. This functionality comes in handy when you need to utilize SQL or PL/SQL from the database to obtain application log files located on a file system.

Structured Query Language, or SQL, is perhaps the most widely used. The majority of users would not learn how to use and traverse SQL; alternatively, they will be using a front-end application to complete the tasks that are required. This really is the banking software itself in such a commercial bank. The application is DBA’s responsibility to ensure that perhaps the database and the integrated development environment it is communicating correctly and that the results are reliable. You must know about the ins and outs of the Oracle database before you think about becoming a DBA.