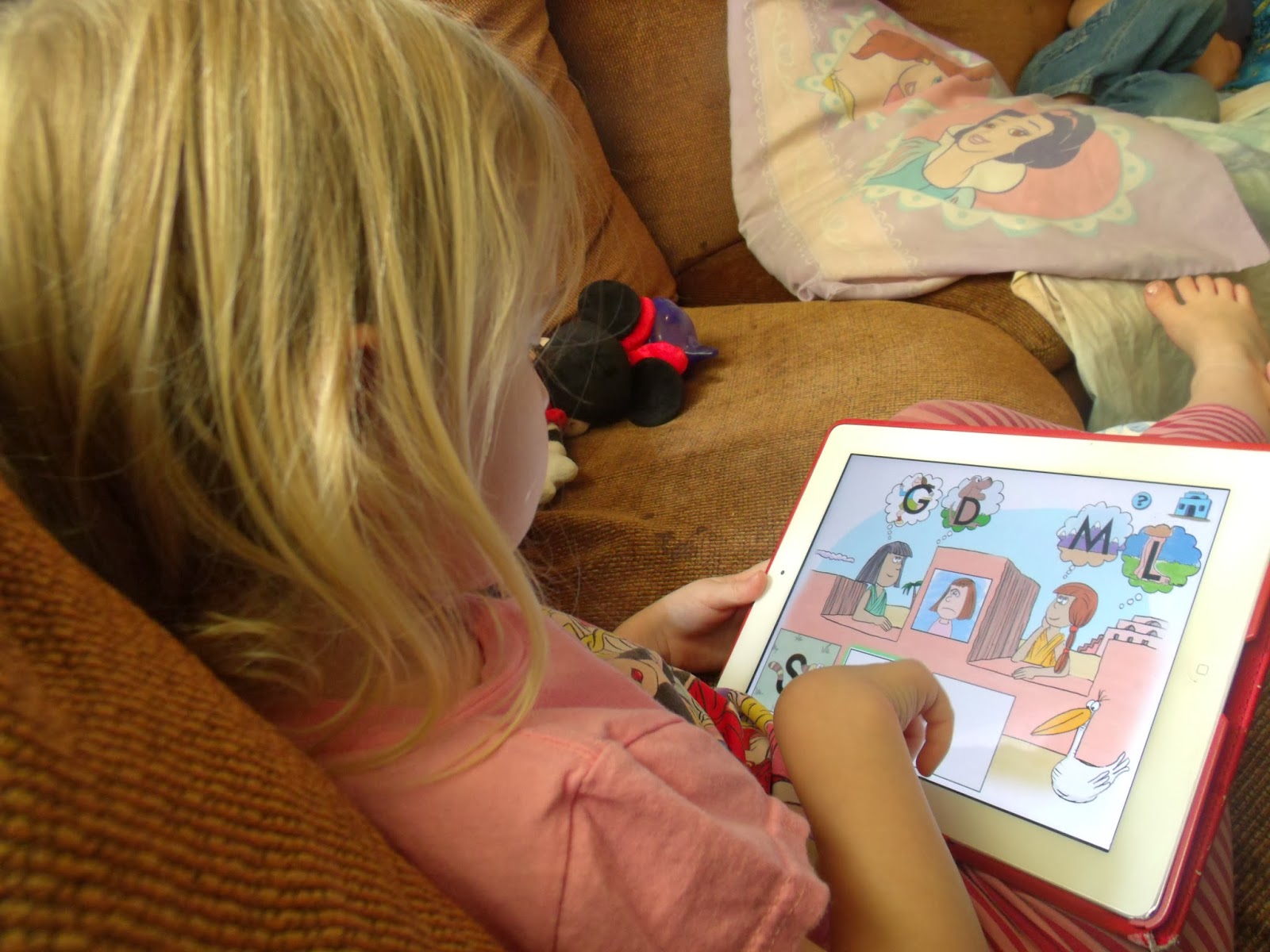 This is really a stupendous app which creates link between letters, sounds and words that begin with that sound. This is really a panacea for parents who want to make their children learn English fast along with phonetics. Talking Cat has three stories, one is the Fat Cat, other one is The Silly Hen and the latest one is the dancing Pig. Each story book adds to the story of the main protagonist, Nat and Pat who are sisters and have invented the alphabet. Each book adds many more words so that child can learn more words in less time. When these three stories will be completed the child must have learn 17 letters and 40 phonemes.

The home page of the app contains 4 sections. One is Story, other one is Letters and others are Spell and Read. So your child can easily learn different modules which will help in enhancement of English. Every section will make your child expat and will improve him stage by stage.

Story has three modules or three stories which will make your child link sound with the word and he will start writing that word. The three modules has a story of two girls Nat and Pat who invented alphabets. In every chapter they have associated the letter and sound with the picture so that the child can actually remember the pictures and with the help of picture he could draw an alphabet. The stories are really very exciting and the developer of the app has efficiently added story behind every alphabet. It is really awesome to see such creativity.

The story starts like “Long, Long ago before People could write Lived two girls who were ‘especially bright’”. Your ward will be very interested to listen to such stories and soon he will be associating words with sound and pictures. Soon when you will move from one story to another you will be adding more words to your vocabulary.

For making the child learn the sound of C app made this statement “I’ll help you. There are three sounds in Cat. The ‘c’ sound can just curl around the CAT”. This statement is just fantastic and I guess it is a superb way of making someone learn the sound and alphabet.

In this section Child will be able to learn how to spell some word.

Like if some child has to learn how to learn Cat. He can learn through Spell section in which “A FAT CAT, SAT ON A HAT, SPLAT! SPLAT! THAT HAT IS FLAT!”. Through these lines and phonemes he can learn many words in a single turn which have same sound in the last of the word. In this way he will be able to pronounce the words in a better way. I am just glad by looking at this section. 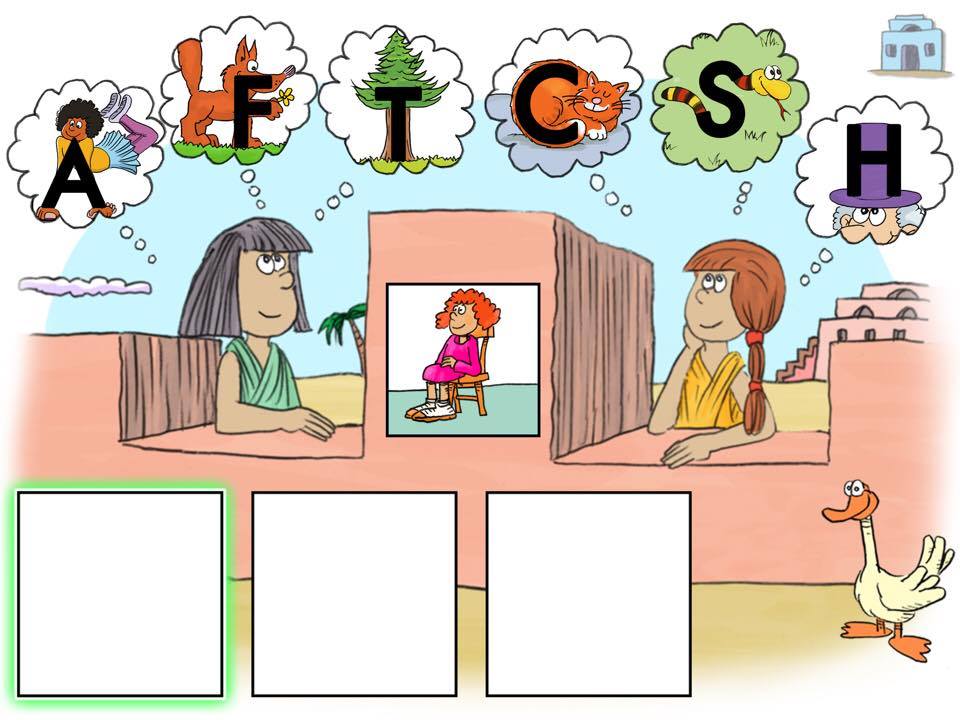 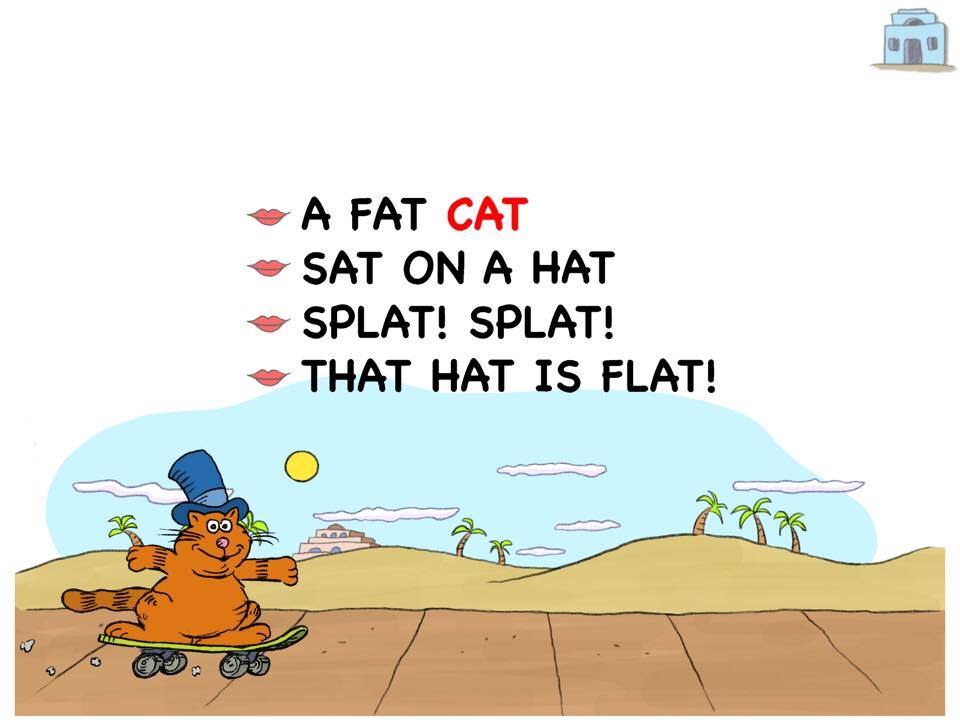 This exercise is really fun to do. When many letters are shown and you have to read what is drawn in the shown pictures.

This app is really very creative as the idea of making children learn the letters and their sounds by associating them with a picture is just awesome. Children can learn the things in now much better way with the help of stories. So, just go for this app and make your child learn the letters and alphabets faster as compared to other children of their age.