It’s a rare person who has never heard of artificial intelligence and the role it plays in the Digital Age. Lots of people are now fascinated by this futuristic-sounding term, but actually think that it’s too complicated to comprehend by the general public.

Even if you’re not one of those tech-savvy guys and have never so much as reinstalled your operating system, you won’t find today’s article boring. Check out some fun facts about AI below. Should it not be enough to quench your curiosity, read the full article on the dedicated blog of Litslink, the mobile app agency that knows everything about developing high-quality AI-powered business solutions. 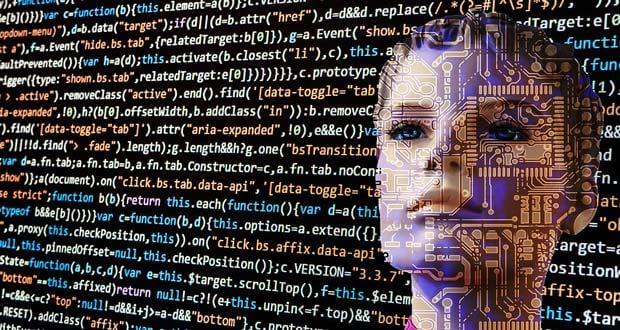 The actual term ‘artificial intelligence’ was coined in 1955 by John McCarthy, a man who was considered a giant within the realm of computer science, as part of a proposal for a summer research conference. The said conference took place a year later in 1956 and is generally thought of as the beginning of the field of artificial intelligence.

As you may have noticed, lots of app developers tend to endow their artificial intelligence creations with female voices. Thus, such popular apps like Google Now, Siri, and Cortana, speak in synthetic female voices. There is no single reason as to why they give preference to female voices. But according to the most recent survey results, users, irrespective of their gender, tend to like the sound of female voices more. Another reason, according to experts in human-computer interaction, is that AI teams are usually made up of men, who probably find a female voice more soothing and attractive. So, they want their AI creations to follow suit. Another expert, Kathleen Richardson presumed that female AI would be perceived as less threatening than its male counterpart by the audience hitherto unfamiliar with this technology.

No doubts, pets are great. But they still have downsides some owners cannot really put up with. Something that will take care of all those downsides is AI-driven pets. University of Melbourne animal welfare researcher, Dr. Jean-Loup Raul, notes that there are already a number of patents for robot pets that are predicted to be widely available by 2025. Raul is convinced that in the next 5-10 years, developers will work on a number of aspects of AI and robotics. So, manufacturers will be able to create pet-bots that people will be eager to bond with.

You may think of an artificial intelligence machine as a very modern or even futuristic concept, but the very idea of non-biological intelligence has been already discussed for thousands of years. Thus, in Greek mythology, Hephaestus, the god of blacksmithing, created a giant bronze automaton named Talos at the behest of Zeus to protect Crete from invaders.

In the year 1000 BC, also known as ages ago, a Chinese engineer named Yen Shi was sent to present King Mu of Zhou Dynasty with a mechanical man, who walked unassisted, sang perfectly in tune, and hit on women. Apparently, it had a complete set of human organs, muscles, and a skeleton – all made up of nothing more than leather, glue, wood, and lacquer.

In 1770, a German named Wolfgang von Kempelen constructed a chess-playing automaton, which he hilariously called the Mechanical Turk. His invention impressively defeated both Benjamin Franklin and Napoleon, but less impressively, turned out to be an elaborate hoax. But people thought it was an outstanding example of AI back then, though. We couldn’t but mention this fun fact in this article.

In 1927, the new legendary science fiction film ‘Metropolis’ was released. It was the first movie to feature a creepy-looking art deco robot. Its stark esthetic provided inspiration for years to come and was subsequently mirrored in the form of more well-known automatons like C-3PO from Star Wars. So, it’s possible to argue that ‘Metropolis’ was the first to spark the general public’s interest in robotics and artificial intelligence.

In 1942, Isaac Asimov proposed his Three Laws of Robotics, introduced within a short story entitled ‘Runaround.’ The Three Laws state that a robot may not injure a human being or through an action allow a human being to come to harm. The second law asserts that a robot must obey the orders given by human beings, except where such orders would run counter to what is ordered by the first law. And number three holds that a robot must protect its own existence as long as it doesn’t conflict with the first or the second laws. These laws were devised as precautionary measures against the possibility of dangerously murderous robots. Will they follow these puny human laws? Well, we need to wait and see.