You may also like : Locker master a beautiful locker app

More information about the package

You can grab it from the link below
Download now

Note: The app is also available for Windows Phone 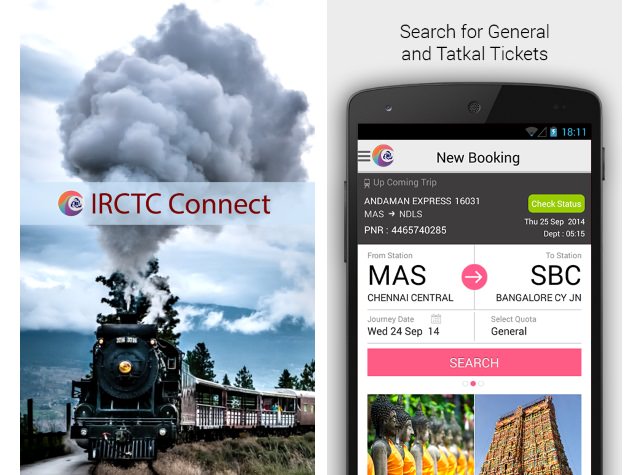 IRCTC android app, the official version has been rolled out now and its available free of cost from the Google PlayStore. Its also to be noted that IRCTC app is also available for BlackBerry from Aug 2014 and Windows Phone from 2013 in their respective stores for free.

Rail ticketing now made simpler just by SWIPE and SHUFFLE, SELECT and BOOK. Install the newly launched IRCTC android app and book a railway ticket anywhere in India at your fingertips, as said in the app store listing.

Interested in trying it? Link to store attached below

Hope to see more features soon in the app as it offers a great relief for those who travel in train regularly.

Start booking the train tickets right from your smart phones.