We can make the pitches greener, the boots lighter, and the cameras sharper but at the end of the day soccer – or football, as it’s known in Europe – will always be two teams and one ball to fight over.

There have been plenty of circumstances when football had to change to plug the gaps in the rules. You might remember the infamous Danish team at Euro 1992 exploited the lack of a no back-pass rule to grind out games 1-0. Or watch any footage from before the Cold War and observe tackling which would, by today’s standards, earn a player a lifetime ban and possibly a court order.

A change of view

The introduction of video-assisted referring (VAR) across several top-flight leagues marked a push towards accuracy over-reliance on imperfect human referees. Even then, something which makes perfect sense as an impartial, accurate way of checking decisions has shown to have its drawbacks – most notable being the delays in the game itself just to check the replays.

Technology and law changes can seem totally obvious in theory and have major, unforeseen ramifications that can affect the game for the worse.

Take sports betting as an example. Thousands of fans use mobile betting sites to bet on a variety of sports – football being one of the top choices. When betting on a major final, the stakes are naturally heightened, and the need for clarity of rules and commitment to fairness have to be taken seriously. Simultaneously, preserving the ebb-and-flow excitement that makes live sports betting so enjoyable and immersive is vital to the global game, too. That’s why changes have to be made cautiously, with the understanding that the core of the game – the reason football is as loved as it is – must come first. As such, we’re looking at some of the likeliest technological changes that could be made to football over the coming years and how they could impact the beautiful game.

Closer to the action

Referees wearing microphones and personal body cameras is nothing new. Rugby officials have been doing it for years. However, the ability it has to provide clarity, particularly during deliberations over tight decisions, as well as insight into the referee’s perspective of the game, could be invaluable. For the time being, the VAR technology and the way refs reach decisions has been something fans can only guess at. Body cameras and mics might make some headway to producing more interesting scenarios out of VAR delays, as well as portraying referees as humans who deserve sympathy and respect when they make the difficult calls. Google Glass and similar Augmented-reality technologies have the potential to turn real-time situations, both during the match and training sessions, into powerful and valuable moments. Already trialed in cricket, the ability to use AG to analyze real-time events could mean managers make smarter tactical decisions or spot errors happening quicker. Data is already being used to enhance other fields like transportation, so there’s no reason the vast amount of potential data in football couldn’t be exploited in the same way.

There is also a commercial aspect here too. Fans are already able to use phones to stream some games in AG. With the commercialization of products like Google Glass and VR headsets making it cheaper to purchase, fans could be sitting in their back gardens watching ‘the game’ sooner than they think. This would be a game-changer to allowing more people access to the match experience, wherever they are in the world. 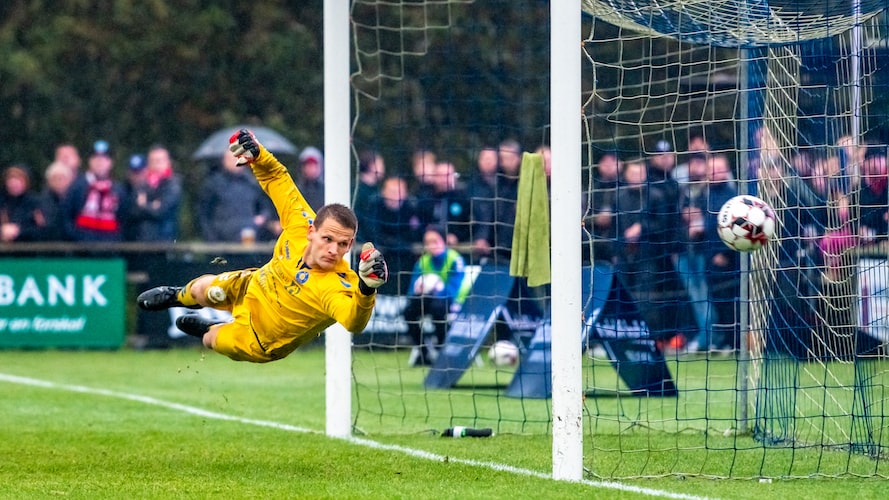 VAR is such a mixed bag, it’s quite hard to find anyone who doesn’t have some sort of gripe with the way it operates today. However, all is not lost. A number of simple changes and advances could make VAR a lot less divisive in the future. Firstly, the ability to appeal decisions or request reviews from managers might offer some autonomy and a tactical basis over how VAR is applied, similar to the VA used in tennis. In addition, softening the rules to a ‘beyond reasonable doubt’ might help to remove some of the overzealous decisions being made. Ruling out a goal for a toe that ‘looks’ to be offside that occurred two minutes before the ball went in can suck some of the fun out of the game.

Finally, there’s the option to simply apply VAR more widely to even the playing field somewhat. It would certainly help avoid issues like Cristiano Ronaldo’s disallowed goal in a World Cup qualifier back in early 2021 – a decision that could have major ramifications to a team’s chances of qualifying.

Technology and football can never be perfect. However, the difference between the two is one needs to constantly chase perfection and accuracy, while the other is loved by millions for many of its imperfections. Fundamentally, sports are tied to emotion and feeling like few other professions or pastimes. It’s important that this fact is honored as we continue to ‘improve’ the game we love so dearly.