There are a tonne of apps available on the Apple’s app store that helps you choose great movies. These apps let you find the reviews, watch their trailers and thereby enabling you to choose the movie you are going to watch and which ones are to be left. With that being said, you might’ve already come to some conclusions by now, and the one versatile app that you might be thinking of will be IMDb. But, we are not going to talk about IMDb here. Instead, there is a better alternative to that app called My Film Buzz. Let us know more about this social movie app features and how the app works. So let’s dig a little bit deeper.

About My Film Buzz a free social movie app 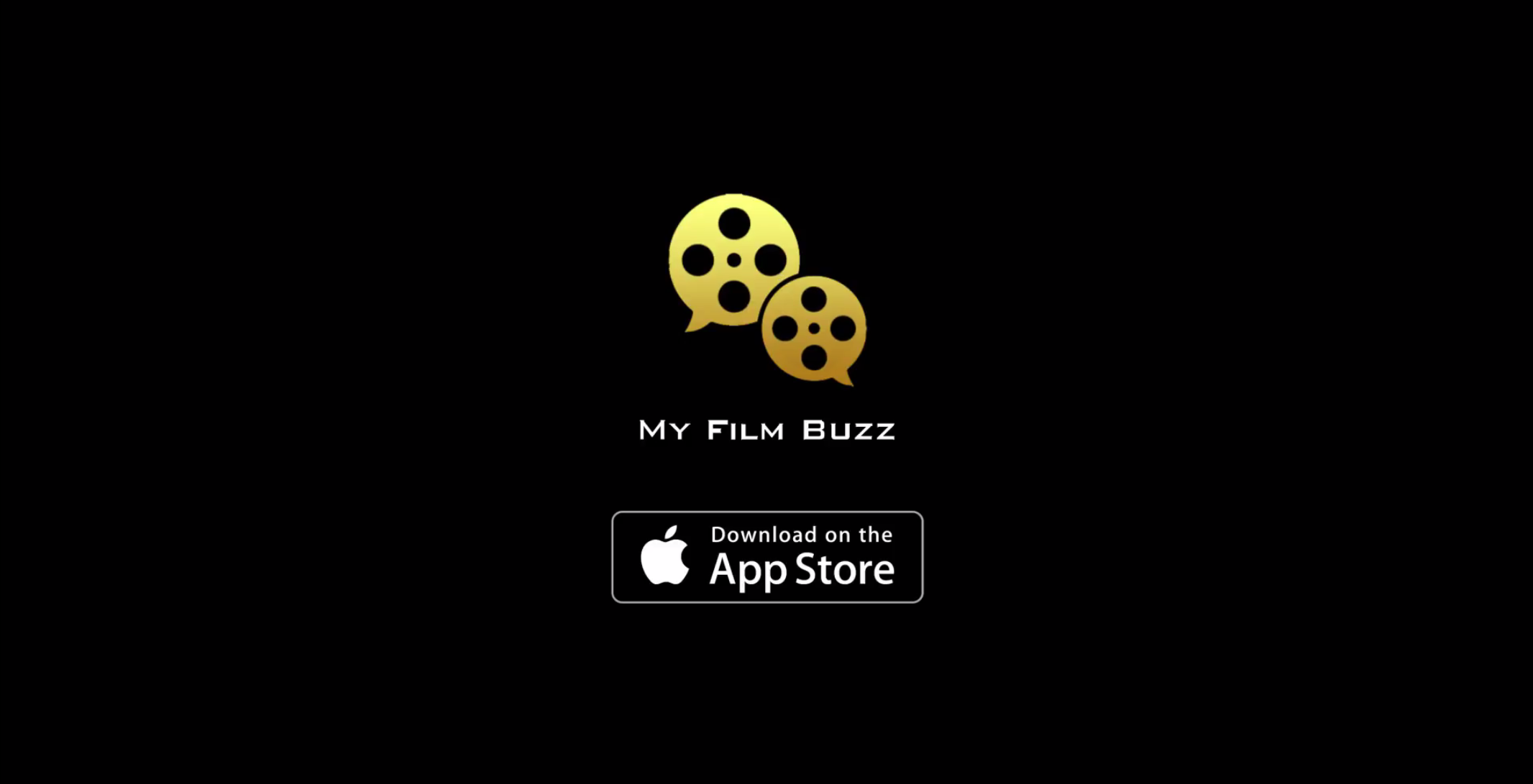 My Film Buzz provides you with a simple platform from where you can get film scores that are specific to you. The app shows you the film scores based on your ‘taste’. Now, what we mean by the word ‘taste’ is; as the app allows you to add friends and other users, it collects the common or similar films that you and your connection like. The data is then analyzed and then suggests you similar movies.

Additionally, you can perform all the basic stuff of voting or rate the movies and search through the library that has over 300,000 current and old titles. You can also leave reviews and even can comment on the film message board.

So, now that you know what the app is all about let us know about its peculiar features real quick.

Features of My Film Buzz app 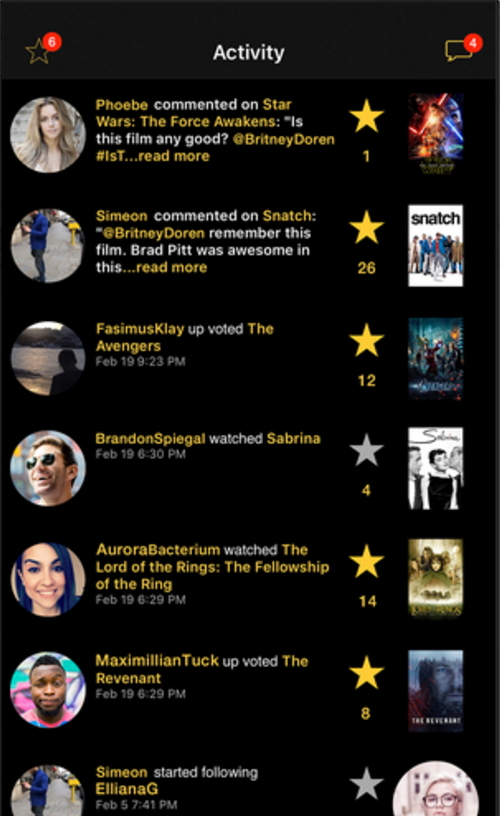 How to use My Film Buzz app

The app interface is easy to be understood, and the controls are self-explanatory, like in the picture shown below 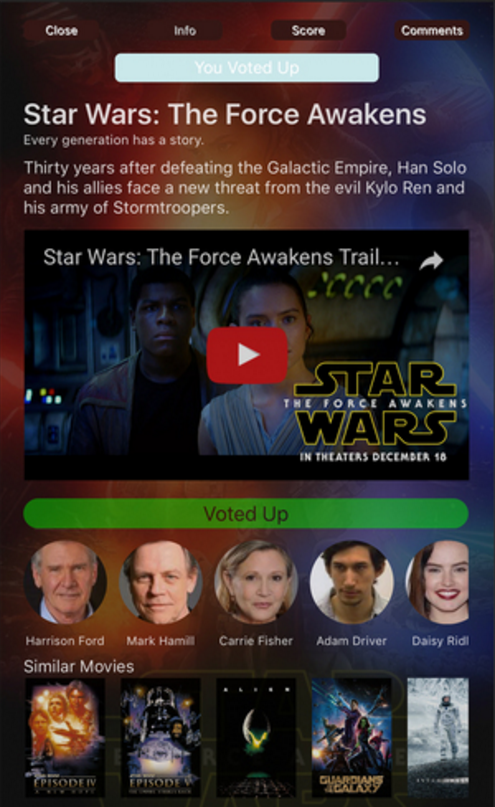 After installing the app from the Apple’s App Store, the App’s home screen will show you the list of some of the movies that are under trending category. One thing to take into notice is that you might need to create an account before you proceed. This account will be used for making social communications and saving your search data. 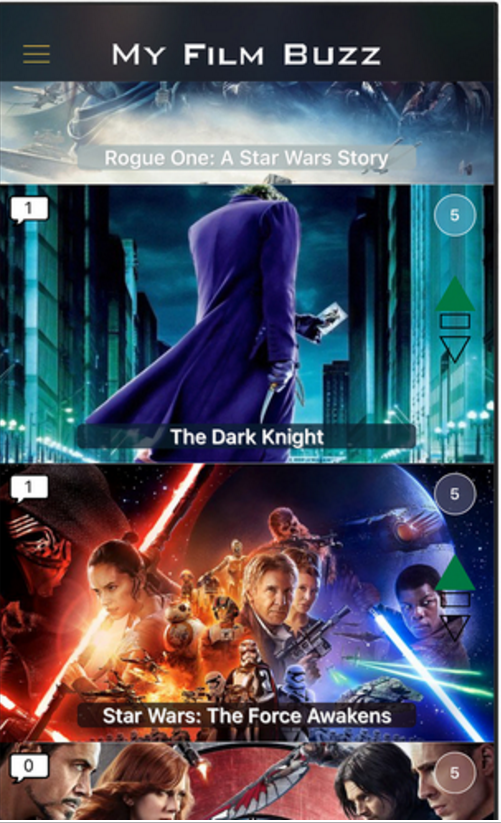 The movies are displayed in the form of cards on which the movie title, along with its ratings and the comments are visible on the left and the right. You can tap on any movie to view the details.

Once you tap on any movie, you’ll be shown with several options such as ‘Info’, ‘Score’, Comments, etc. The ‘info’ tab shows you all the information that you want to know about the movie including the cast, release dates and the critic reviews along with any other information (if available).

The ‘score’ option gives you the ability to vote the movie up or down, and after you’ve cast your vote, you’ll be able to see the movie score that other people have cast in the form of a percentage. 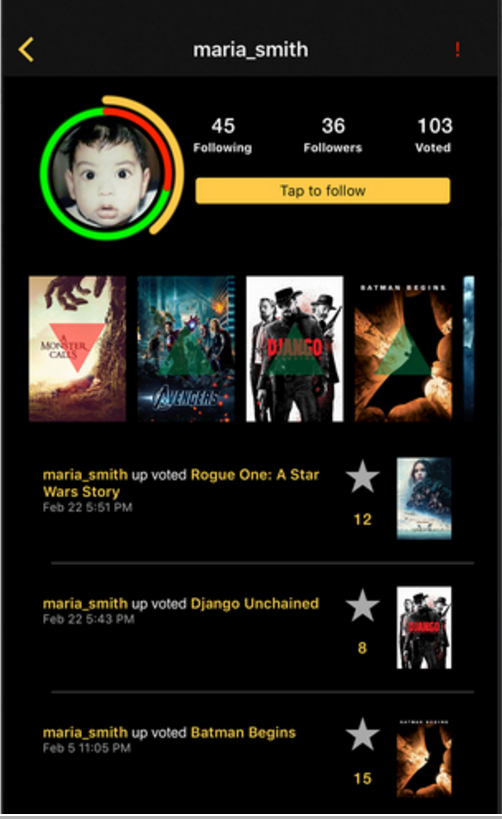 The ‘comments’ section enables you to view all the comments that are being posted on the movie that you’ve opened, and you’ll also get the option to post your comments there. Additionally, you’ll also get the ‘profile’ option where you can modify your social profile such as changing the display picture and additional information. Here you’ll also be able to see the movies that you’ve liked or commented on recently along with the ones’ you’ve reviewed. Similar will be the profile interface if you visit somebody else’s profile. Moving ahead, and let us discuss a few shortcomings with the app. 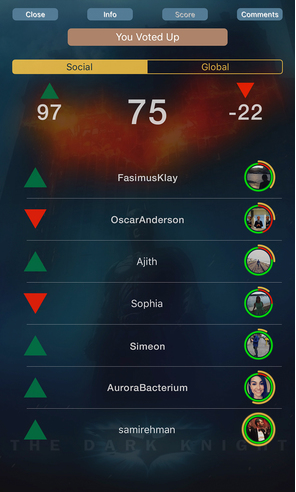 Shortcomings of My Film Buzz app

Just like any other app, My Film Buzz app has its flaws. There are very less, but it won’t do justice if we won’t mention them.

The app interface is a little bit buggy as the app and therefore the app might hiccups once or twice during its use. Secondly, the availability of the app is limited to GB and US. Also, the social profile feature often shows deleted updates and notifications. But all these flaws are temporary and will get resolved with future updates.