Selenium is a web automation tool used for web testing with essential features that allows you to create and run tests on multiple browsers and different operating systems. It has been a long-time favorite of many developers, although it often gets complicated to use for beginners.

Some methods to ease the selenium testing process includes:

One of the simplest methods to ease the testing process with Selenium is to use the Selenium Test Cases which enables you to generate any kind of automated tests that you want. Compared with another testing framework such as Cypress, Selenium enables you to reach far more browsers and programming languages. It can also be used to automate UI and Documented Tests, which will enable you to save your time by automating repetitive tasks.

The Selenium Test Cases are based on instructions that allow your developer or tester (with experience) to interact with all browser features within a test environment and automate it for real-time feedback.

TestNG is a testing tool that can be used with Selenium to make it more advanced. This is now widely popular among many developers due to its ability to be used in any variation. TestNG has a group of annotations (similar to an interface) that allow you to describe the test cases and how they should run, which will provide you with many fine-grained ways of control methods and code design.

It also provides flexibility in writing tests which can make it easier for newcomers to write automated tests without having a specific skill set.

Maven is open-source software for building, testing, and packaging Java projects. The Selenium plugin can be used to determine which tests should be executed and by whom during a continuous integration (CI) build process, making it easier for developers to automate their testing process. It can also be used to integrate the Selenium test reports into Maven builds and build automation.

The XUnit is a standards-compliant unit testing framework that allows easy handling of any automated tests. Using this tool will enable you to handle automated tests and easily process the test cases. The XUnit Java software project also serves as a common library for all types of test automation frameworks. This can also be used to create Java code (Xtend) integrated with the Selenium API.

Selenium IDE (IDE) is a plugin for Selenium WebDriver, which is also integrated with other top web development frameworks like Spring Boot or web-based Eclipse IDE. It has a straightforward yet powerful interface compared to other similar testing tools available. It supports custom code editors and has a lot of features like:

The good side of this tool is that IDE is entirely free, and it provides all the tools required to check the functionality of a web application, even before its release. It can be used to test the readability of your source code by using the Selenium grid.

Selenium Grid is a piece of software that allows users to run multiple Selenium WebDriver clients on different operating systems and platforms simultaneously, even if these clients belong to different organizations. It is a container of browsers that can be controlled remotely. It allows users to run tests in parallel, and whenever required, a new browser can be added to the grid by clicking on the “Add New Browser” button. The Selenium project team developed the project, which also manages the official website and commercial product.

Track – A track is a process that can be used to start a test server locally where all the web browsers will be running. It can also be used to stop the track on any command given by other users or when its time is up.

Hub – The hub is a process that manages the tracks and assigns tasks to each of them. It keeps track of every task running on each track and executes them further as per their status. For example, an outgoing request for HTTP get will be sent from the browser, then it will pass through the hub server, after which it will contact a specific server from the group to handle this request.

Standalone server(optionally) – A standalone server consists of all the web browsers, and it can be used as the hub on any network. However, it cannot be used to track new tasks. For example, while using a standalone server, we cannot handle any requests if a browser is not started or closed in time (e.g., if timeout is up). 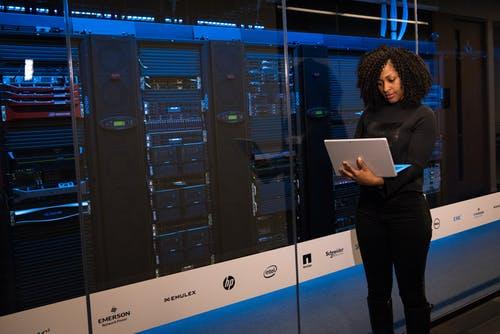 Using all of these methods will make it possible for you to run your testing processes more effectively and reliably without getting in too much trouble.

If you want to make your automation testing process a success, you need to improve how you are doing it and easily automate all the manual tasks. This will help improve the overall efficiency of testing, which will increase productivity and save cost.