The last 18 months or so have changed the world in ways that people couldn’t even imagine before. There is no doubt that many industries have suffered from the reduction of footfall as government and self-imposed lockdowns have come into force. Some businesses have gone bust while others have thrived. The online casino industry has flourished during this time, and it seems as though there is no stopping it now. There are several reasons why the pandemic has had such an impact on the online casino industry.

The Industry Was Well-Placed from the Beginning

The online gaming industry was in the right place from the outset. It has always been online and did not need to change the way it worked so that it could adapt to suit the pandemic. Companies spent millions of dollars adapting so that they could still trade during this time, but the online casino industry didn’t need to. It was there already for people who wanted to use it and the lack of outlay they needed to spend meant that the industry was well-placed at the start of the pandemic and could continue to grow from there.

The brick-and-mortar casinos, restaurants, and bars were closed for some time, meaning that there was little alternative for people who wanted to be entertained than to find fun online. Many turned to online casinos, streaming services such as Netflix, or chat platforms like Zoom to give them entertainment. The industries that rely on people needing home entertainment have all soared during this time as people looked for alternatives to things that they would usually do on a Saturday night.

Sports betting is a very popular industry, but a lot of sport was cancelled during the pandemic.  Everything from horse racing to soccer was no longer available and people who fancied a flutter on sports, as they usually did, were no longer able to. This left a gap in the market that could only be filled by a realistic alternative such as online casinos. People realised this and turned to this form of entertainment in droves.

People Have Had More Free Time 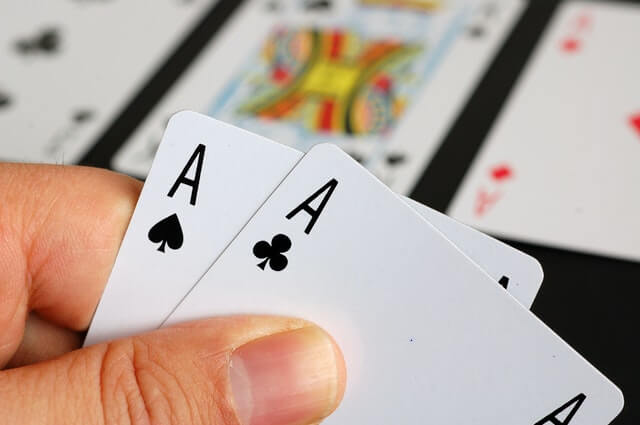 People have had more time on their hands during the pandemic. Many people have been encouraged to work from home rather than going to a set location to do their jobs. This means that they haven’t had to commute as much as they used to which has left them with an extra hour or two per day to do other things. Others have been furloughed or lost their job altogether, meaning that they have suddenly found themselves with a lot of time on their hands and nothing to do. Many of these people have turned to online casinos to while away the time and alleviate the boredom and this has meant big business for the online casino industry.

There were a lot of people who were worried about money during the pandemic. If they hadn’t already lost their jobs, there was no telling if they might, and some people tightened their belts accordingly. Home entertainment can be expensive due to subscription charges and free entertainment was always going to be a viable option for many. The online casino industry could make the most of this by letting their clients play live free spins before they signed up. One example of a casino that offered such bonuses was Play Live Casino (more details here). This meant that people could play these games online without having to spend anything, and this became very popular. The online casino industry was already providing this but not everyone took advantage of it. Online footfall became huge during the pandemic because of this, and once people had started playing and enjoying doing so, they signed up.

People wanted escapism during the pandemic, and where better to find this than an online gaming site? They could play games for free and feel the excitement of the Las Vegas strip without having to leave the comfort and security of their own homes. Technology on these sites is such that people could imagine themselves in a brick-and-mortar casino for a while and this took them far away from the stress and strain that trying to live amongst coronavirus gave them.

There is little to do when you can’t sleep because of stress than to lay awake worrying. At 3 am, there is a lack of an alternative to thinking about dying or the chances of your loved ones getting sick and, the more you lay awake feeling stressed, the less likely it is that you can sleep. It is a vicious cycle. People turned to online casinos in those small hours because they were open and comforting and could take their minds off their worries long enough to be able to get back to sleep. The cycle was broken due to the online casino industry and the industry soared.

The news in the media always seemed to be bad during the pandemic. People were dying in their thousands or getting hospitalised, and the hospitals were at breaking point. People wanted luck and they turned to the online casino industry in an attempt to find that little piece of luck that had to come from somewhere. People struggled to believe that all the news could be so bad all the time and they felt that there had to be a turn of events somewhere. Having a win at the online casino could give them that. Even if they weren’t lucky enough to win anything, playing did give them hope which is more than the media could for a while.

The pandemic has had a huge impact on the online casino industry. It has risen dramatically in popular culture since the first outbreak, and it doesn’t look as if this will end any time soon. People who have tried online casinos find that they like them a lot and with entertainment and brick-and-mortar casinos being a lot more dangerous and contagious than they used to be, it looks as if this popularity is here to stay.