Data is big business to hackers. When hackers obtain sensitive information, they either sell the data to others or use it themselves. Either way, the end result is usually identity theft and the exposure of secret information.

What is information security?

Information security is exactly what it sounds like: protecting your information. However, the details are a bit more nuanced. For example, Box explains information security in terms of three components: confidentiality, availability, and integrity. The goal, according to Box, is to achieve at least one of these objectives. Achieving all three is ideal.

Information security isn’t something you can wing overnight. You need an experienced infosec team to fully protect your company’s data – here’s why.

Like Box says, confidentiality is the first pillar of a strong infosec strategy. To maintain privacy for your company, your employees, and your customers, you need to figure out how to keep your company’s data confidential. This includes keeping data secure on devices and making sure employees don’t share information through emails and/or conversations with people outside of the company.

When you successfully create confidentiality, you simultaneously create privacy. Privacy is critical because even the smallest data breach can end in a lawsuit against your company. This brings up the next point…

Imagine getting hit with a $1.55 million-dollar settlement bill after a data breach. That’s what happened to North Memorial Health Care of Minnesota after an unencrypted laptop was stolen from an employee’s car. According to HIPAA, those files should have been encrypted. In this case, installing encryption software and creating an encryption policy would have been enough to prevent that $1.55 million-dollar fee. 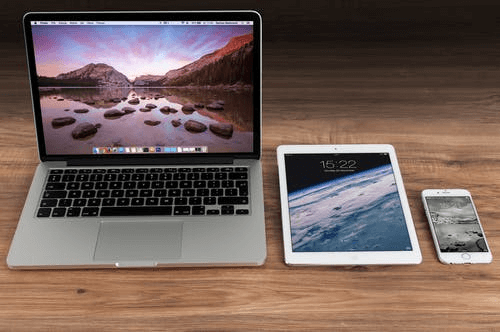 Unfortunately, small businesses are the primary target for data breaches. Hackers know small business owners are less likely to have strong security measures in place and are therefore more vulnerable.

If you can’t foresee paying out a million dollars in fines or settlements for a data breach, you need an infosec department to build a strong security strategy for your company.

After Target’s breach, many people boycotted the company and started posting bad reviews online. There’s no doubt the data breach influenced the customer experience, which was likely reflected in customer surveys.

Target is a massive corporation and seems to have recovered decently, although it has taken nearly a decade. Small businesses don’t always get that chance.

You can’t afford to let your reputation go down the drain. There’s nothing worse than having to make a public announcement that you didn’t protect your customers’ data. Having an infosec department will help you avoid having to acknowledge making careless mistakes.

How to protect your business from data breaches

If you don’t have an infosec team yet, it’s time to consider creating a new department. The cost of a data breach is too high. Not just financially, but your reputation is at stake.

2020 has seen more than 3,950 confirmed data breaches, and that doesn’t include the incidents being swept under the rug. Having an expert infosec team is your only chance at preventing a catastrophe.

Once you create an infosec department consisting of top-level certified security professionals, make sure your company is covered with a cybersecurity insurance policy. Most policies won’t cover everything, but they will cover the most common threats and incidents you might face as a business.

Last, create secure data privacy policies for your employees to follow. Don’t allow your data to fall into the wrong hands or be mishandled by employees. This will require changing the way your company operates, but it’s worth the temporary inconvenience.

Once your team gets used to your new data security policies, they’ll create a new groove, and you won’t have to worry about being sideswiped by a preventable data breach.