Crypto is quickly becoming one of the most popular investment options that anyone can get in on. Polls have shown that the percentage of people interested in stuff like Bitcoin, or NFTs has drastically increased, especially since 2020. While younger generations, most notably Millennials, are the main demographic for crypto, older adults, and even Gen Z is becoming a lot more interested in the phenomenon.

Of course, most people aware of the crypto market, are also aware of Bitcoin. The first, and still considered by many to be the best cryptocurrency enjoys massive popularity, not just online, but in mainstream, popular culture. With a market value at $45.000, Bitcoin is by far the most valuable crypto. But, it is not the only one. So, what are Altcoins, and which ones are the best of the best? 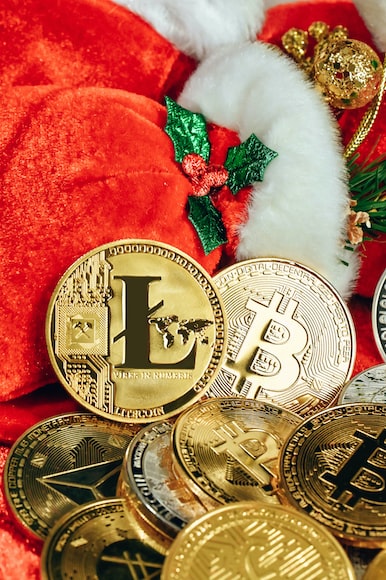 To put it in simple terms, an altcoin is any cryptocurrency that isn’t Bitcoin. A portmanteau of the words alternative coin, the word altcoin came about when Bitcoin was dominating the market, and no other coins could even hope to reach its fame. At this point, the word might be somewhat dated, as nowadays, cryptocurrencies like Ether, Cardano, Tether, and Dogecoin, have managed to attain mainstream popularity of their own. If you want to learn more about Altcoins, and various other aspects of cryptocurrency, you can educate yourself about cryptos on the website linked.

Now that you’re aware of what Altcoins are, let us discuss the best options for Altcoins in 2022, that aren’t Bitcoin.

The Cardano blockchain is an open-source, proof of stake platform, which is the host of the Cardano cryptocurrency (ADA). It was founded in 2015, by Charles Hoskinson, who had previously collaborated with Vitalik Buterin on Ethereum. Cardano quickly gained prominence in the world of crypto trading, not only because it was founded by an established name in the crypto world, but because it boasts a greener alternative to the standard cryptocurrencies in 2022.

As of April, 2022, Cardano is ranked 7th on the list of most valuable cryptocurrencies on the market, with a single ADA unit being worth $1.21, and a market cap of $41 million. The price of Cardano is expected to rise in the near future, and the coin is certainly one of the best to look into in 2022.

We briefly touched upon Ethereum in the previous section. A list of the best altcoins can’t be made without talking about the blockchain in further detail, however. Next to Bitcoin, Ethereum might just be the most important crypto ever. Not only is it ranked second, with a market price exceeding $3000, it also revolutionized the crypto market, introducing ICOs and being among the first to implement non-fungible tokens into its blockchain.

Ethereum was created in 2013, by head programmer Vitalik Buterin, and four other co-founders (one among them being the aforementioned Charles Hoskinson). The name of the crypto was derived from an old science fiction book, which Mr. Buterin happened to be perusing when he was coming up with the idea.

Dogecoin’s history is short, but quite interesting. Originally started as a complete joke, and referred to as a memecoin, the crypto soon became one of the most popular on the market, receiving most of its popularity thanks to a Reddit campaign. In 2022, Dogecoin is worth $0.14 (a marked improvement from 2021), and is among the top rated cryptocurrencies on the market.

Experts are predicting that Dogecoin has yet to peak, and by 2024 it might reach the $0.7 mark. However, it is worth mentioning that the chances of Dogecoin hitting the $1 milestone by 2025 are rather low, though not impossible.