In the past decade, casino games have become increasingly popular, and many people enjoy playing them for the chance to win money as well as the thrill of playing them. Whatever the reason, casinos (mostly the online variety) are now more popular than ever. In this post, you will discover the origins of several popular casino games. This post will explore how these games originated and how they have evolved over time.

Gambling Is Now More Popular Than Ever

Gambling is as old as human history, but it has taken on a new life since the introduction of the internet. More specifically, online casinos became a more popular alternative to traditional brick-and-mortar establishments. You can attribute this to a number of reasons, all equally valid. Moreover, as technology has advanced, casino operators have kept pace and become innovators in technology and gaming.

For example, people can now play any game at any time of the day using almost any currency available. In fact, casino sites were among the first to accept cryptocurrencies as a payment method. Nowadays, you can find anything from Bitcoin to Monero casinos and virtually any other token in between! Consequently, these games are attracting more and more people every year. You can see this in the rising worth of the industry as a whole, which reached almost $53 billion in 2021. Nonetheless, regardless of how much the industry is worth these days, it had to begin somewhere. Let’s take a look at how this enormous industry began and the origins of its most stalwart games.

Roulette is an excellent place to start this list because of its fascinating origins. Although there are several theories about its origins, the game is believed to have first emerged in France during the 17th century. The most widely accepted theory is that it was developed by a Frenchman named Blaise Pascal, who, in his search for the elusive perpetual motion machine, stumbled across something far more exciting! However, what makes roulette even more of an enigma among its gaming peers, is that when the game reached America in the 18th century, it changed and split into the two varieties known today:

As the story goes, the leading gambling houses of New Orleans were unhappy at the low house odds the original version offered. Accordingly, they went about changing the game by adding an additional green pocket, making double zeros. This had the effect of altering the odds of winning, which for American Roulette is 1 in 38 compared to 1 in 37 if played on a European layout. This may seem nominal for most, but any increase in the house winning means lower odds for the average player. 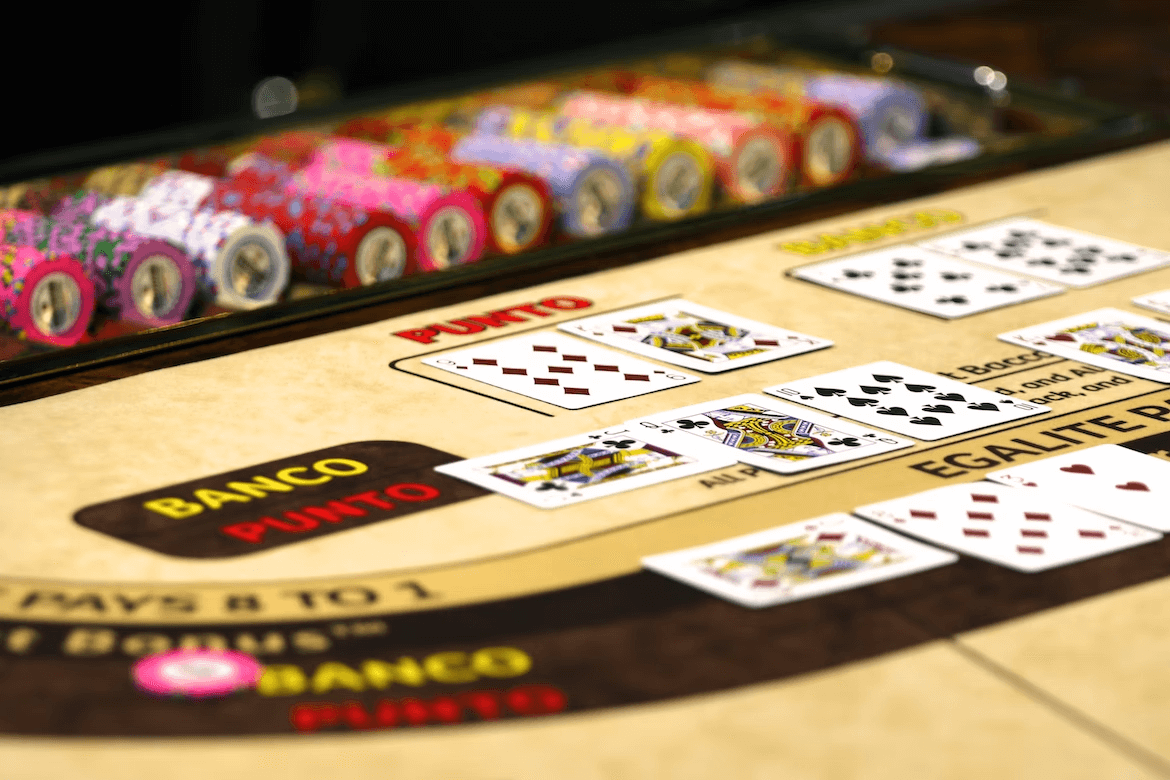 Blackjack has been around for centuries and has been in many different forms throughout its history. The game was first played in the 18th century, when it wasn’t called blackjack. The name blackjack came from players often using a blackjack (a playing card) as an ace. This was because there were no other cards in the deck with their value printed on them, making it easy to find when playing with multiple decks. Nowadays, it is widely regarded as one of the most popular games thanks to its combination of simplicity and enjoyment. It’s often the first game that novice gamblers play because it is easy to pick up but is enjoyable to master over time.

The firm favorite of 007 has its origins stretching as far back as the 14th century in Italy and was introduced into France by the soldiers returning from the Habsburg–Valois Wars…or so the legend goes. Others claim it was developed in the 19th century, but this has a less romantic appeal, so let’s go with the former theory! Regardless of its origins, it is well-known as a favorite among French gamblers during the Napoleonic era. These days, it is still played with aplomb, primarily by high-rollers, and it is a significant moneymaker for casinos worldwide. However, it generally isn’t considered a game for beginners, as it takes time to learn the nuances and gain a firm understanding of the rules and style of play.

Putting this list to rest, it would be unfair not to include the most famous card game of all time. It is challenging to figure out its precise origins because of the plethora of variations available. The most notable include:

Poker is a relatively young addition to the gambling world compared to the other games in this list. According to most historians, poker only really began to take off in popularity during the 1900s and has gained prominence ever since.

As you can see, the history of many popular casino games has interesting origins. The oldest being Baccarat and the most recent, poker. However, it is hard to predict what games will become popular over the coming decades with the ever-advancing momentum of gambling.