Undoubtedly, slots dominate all gaming floors, land-based and digital. In both sides of the gambling industry, their main competition comes from table games, but online ones are unique in that they come in two forms, allowing players to test their luck versus software or live dealers. The latter is a genre that attained massive traction in recent years, despite being around since 2003 when UK giant Playtech soft-launched the world’s initial live casino that targeted the Asian market. Following its debut, other providers looked to get in on this trend. Amongst these was online casino trailblazer Microgaming, operating from the Isle of Man. Yet, it did not and still has not made any waves in this sphere.

It was not until Riga-based Evolution Gaming appeared on the scene in 2006 and got a few years under its belt that this interactive gaming category took off in the true sense of the word. Advancing smartphone technology also gave it a shot in the arm, as interest in playing games of chance online started to skyrocket once smartphones went mainstream and internet penetration increased. Today, live dealer blackjack and roulette are some of the most popular games in online casino lobbies. They captivate players with an authentic gaming experience software products cannot match.

How Do Live Dealer Games Work? 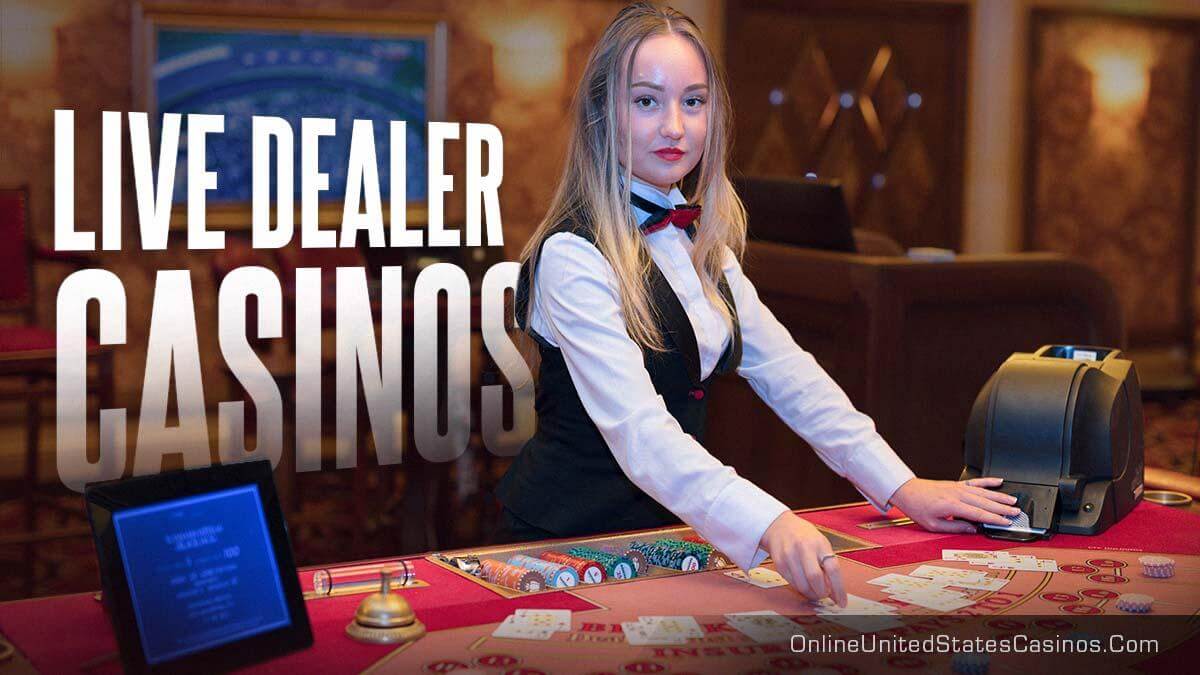 Live dealer games get streamed from a studio in a country that regulates online gambling. Otherwise, this activity would be illegal. For example, the previously mentioned Evolution Gaming, the world’s premium provider of live tables, has studios in Romania, Belgium, Malta, Latvia, Georgia, Canada, and the US. It streams different games for players of specific regions. US ones playing at US state-licensed sites only have access to dealers residing in their state due to strict local regulations.

For the most part, live games are traditional casino products that get played against a dealer. Players view this operator representative’s actions via a feed that features negligible latency. In the past, slow transfer speeds were a dramatic issue that stopped this gaming genre from becoming more widespread. Tables with several players would progress at a snail-like pace because of sizeable wait times caused by latency. Dealers would have to process bets by waiting for players to make up their minds and for the internet to convey their decisions at slow speeds. Now, gambling operators have navigated to using WebRTC solutions that facilitate real-time video streaming at scale with broadcast quality.

Dealers that handle cards have to run each drawn one through an image-processing unit on their table that uses Optical Character Recognition (OCR) software. That software logs card values in play, displaying them in the game interface. It removes any possible confusion, keeping everything fair. OCR software can also get utilized in wheel and dice games, and it automatically feeds the interface with all goings-on and results. Usually, top-end providers such as Evolution, Pragmatic Play Live, or Authentic Gaming also provide multiple camera angles at each table. Some aim to further diversify the live dealer experience by broadcasting games directly from floors on brick-and-mortar venues like the Hippodrome in London or the Portomaso Casino in Malta.

Standard live game rounds begin with an interface informing players of their potential bet options, accompanied by a timer that shows how much time they have left to make a choice. If they do not act fast enough, the game skips them for that particular round. When the gameplay depends on decision making, like in blackjack, a timer flashes on the screen, informing a player that he has ten to fifteen seconds to figure out if he wants to hit or stand before the round must continue. Though live tables offer a real casino vibe and are fun to play, some online gamblers prefer sticking to software RNG-versions of table products, as these can get played at much faster speeds.

It is noteworthy that live dealer games go through rigorous fairness testing from the third-party agencies that check slots for randomness. These are entities like TST, iTech Labs, and eCOGRA.

Given that younger demographics crave higher levels of interactivity when gambling, some providers have dived to jazz up their live games, adding mini-rounds and unique bet options. Evolution is the industry pioneer in this regard, as in 2017, it released DreamCatcher, a Wheel of Fortune-like product that announced the rise of live game show titles. In the past four years, this category has evolved to a point where Evolution launched a game that fuses RNG gameplay with physical wheel mechanics. It also added composited 3D models to create visuals similar to Tim Burton’s Alice in Wonderland films. The described product is Crazy Time. Evolution is currently pushing the envelope, introducing slot principles into live games. Evident by their recent release of Gonzo’s Treasure Hunt.

Shelly Schiff has been working in the gambling industry since 2009, mainly on the digital side of things, employed by OnlineUnitedStatesCasinos.com. However, over her eleven-year career, Shelly has provided content for many other top interactive gaming websites. She knows all there is to know about slots and has in-depth knowledge of the most popular table games. Her golden retriever Garry occupies most of her leisure time. Though, when she can, she loves reading Jim Thompson-like crime novels.