According to DApp Radar, the 10 most popular DApp games are all powered by the Ethereum network. However, there are a number of technical problems with Ethereum that interfere with the process of developing and running a DApp game. Many of these problems are addressed in Ludos Protocol, a new game-centric blockchain.

Blockchain Could Represent the Future of Gaming

Blockchain-powered games can do things that games that are based on centralized platforms can’t.

One of the major benefits that blockchain brings to game developers is the tokenization of in-game assets. Tokenized assets let gamers take cryptographically-provable ownership over collectable weapons, cards, creatures, armor, gold and other items they earn while playing. Once players acquire an asset, they can then sell and exchange them on exchanges such as OpenSea and other crypto-collectible marketplaces or even use them to play other games.

Another key feature of blockchain-based games is more equitable governance. Rather than a centralized company making all the decisions (and absorbing the lion’s share of the profits), blockchain can let everyone involved in a game not only have a say in the game’s direction, but also share in the financial rewards if the game succeeds.

What Is Ludos Protocol?

On Ethereum, all transactions flow through its network. If an Ethereum-based game suddenly takes off, the entire network gets clogged. The end result: all Ethereum DApps become difficult or impossible to use. This happened last year, when CryptoKitties mania caused the entire Ethereum network to grind to a halt.

The Ludos Protocol solves these types of scalability issues with its multi-sidechain that has minimized interaction with the mainchain. Any game connected to Ludos Protocol can implement its own sidechains. These sidechains don’t interfere with main Ludos network and can be scaled according to need. This lets DApp gamers enjoy better performance when they play games and initiate transactions.

Games that are cheaper to play

Another problem with Ethereum that’s related to its scalability problem is its high mining fees. Ethereum users have to pay a fee (referred to as gas) each time they execute an operation on the Ethereum network. When the network is busy, gas prices can skyrocket. But even when the network is not particularly busy, the price to initiate a transaction can be prohibitive.

The Ludos Protocol’s sidechains reduce the price of transactions. By default, they’re configured to use Proof of Authority (PoA) to validate transactions. PoA is a simple consensus mechanism that depends on trusted validators. Development companies can set up their own PoA validator nodes, which essentially lets them decide how much to charge for mining fees. Alternatively, nodes can be set up to use Delegated Proof-of-Stake or Practical Byzantine Fault Tolerance instead.

Another key Ludos Protocol feature its game development toolbox. According to the whitepaper, the toolbox will have at least five core components. Here’s a summary of each one.

The Ludos Protocol DApp will be an open-source application written in either React or Javascript. It will be capable of interacting with Ethereum, which may mean that game devs may be able to port their games from Ethereum onto Ludos Protocol and vice versa. It will also be able to access the InterPlanetary File System — a peer-to-peer storage system for storing media that works with Ludos Protocol and other DApp platforms.

The Ludos Protocol data persistence tool will give game developers a way to save various types of game data. Data persistence tools typically give developers solutions for doing things like storing custom player data and setting up custom collections for storing large, complex sets of custom data. Custom collections are often used to persist data in MMOs and other similar games.

The Ludos Protocol game development toolbox will also include a built-in pseudorandom number generator (PRNG). There are many applications for PRNGs. Casino style games use PRNGs to determine when players win payouts. Roleplaying game devs rely on PRNGs to determine various battle events, like when a critical hit occurs.

What’s Next for Ludos Protocol?

Ludos Protocol kicked off last year in August. In July, they secured funding from Softbank–– the Japanese conglomerate that owns the robotics design firm Boston Robotics and owns stakes in companies like Sprint, Uber and NVidia. The company plans to continue developing Ludos Protocol next year. According to its roadmap, all of the initial development work will be complete by 2019.

The latest news from Ludos Protocol is their recent partnership with the creators of Imperial Throne, an upcoming multiplayer war game that will run on the Ludos blockchain. Players can play an empire Lord or Tribal Leader, bid for territory or even mine Imperial Throne Token. Find out more about the game at iThrone.io or learn more about the new Ludos Protocol on Medium. 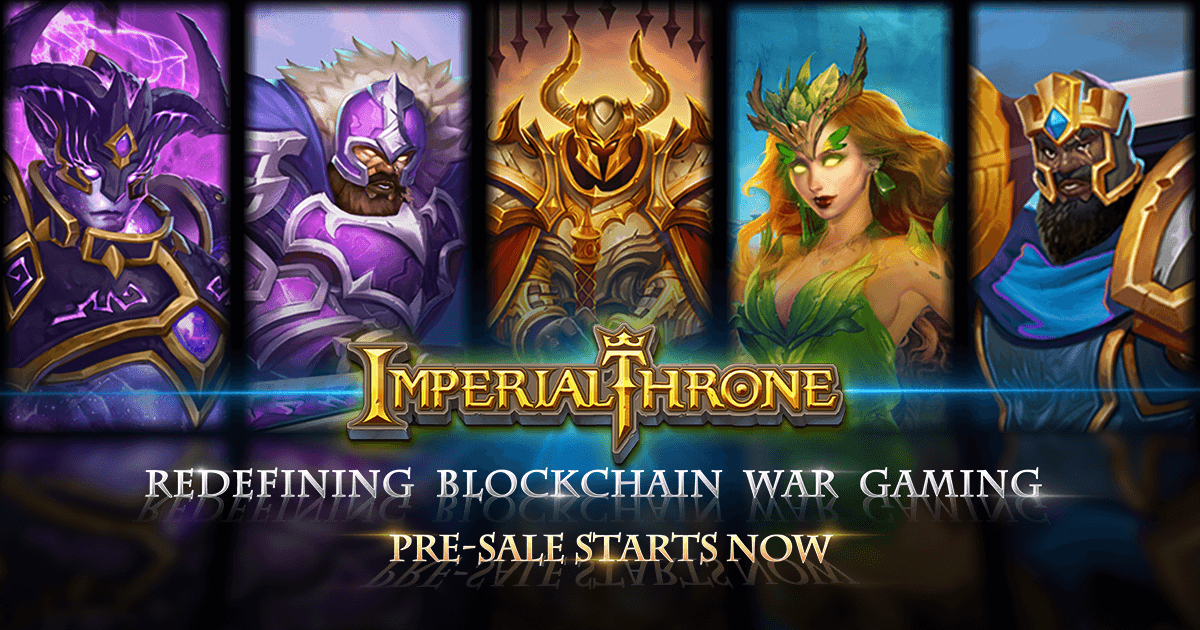