An Ireland based company that goes by the name Kuverit has announced that they are going to launch a smartphone application that will be able to protect Bitcoin transactions from frauds and will thus make the transaction smoother. 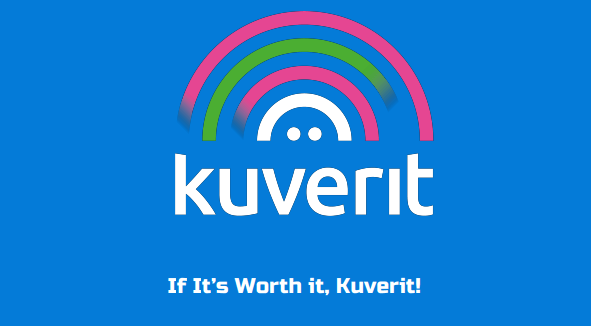 Cryptocurrency offers anonymous payment and transaction to the user and a global currency which is now becoming accepted by many businesses and with Bitcoin leading the way. Bitcoin uses blockchain technology to make the transactions secure and anonymous and many people tend to see Bitcoin as an investment. With cryptocurrency gaining more and more reach across the globe and majorly Bitcoin having users at an estimate of 2.8 to 5 million, it is also becoming the best platform for people with fraud intentions and illegal activities. Unsecured transactions have cost cryptocurrency like Bitcoin billions of dollars. An estimate of $3.24 billion was lost to fraudulent transactions which could have easily be avoided if the involved party have a secure way of making payments.

P2P scams alone resulted in a loss of almost $120 million. P2P is a key focus of Kuverit’s application. The loss is not just financially but also it results in a loss of trust among the buyers and sellers of Bitcoin worldwide. This kind of fraud results in loss of confidence among the users in P2P transactions.

This project by Kuverit will be ICO funded which will be completed in three phases. We will discuss them a little later into the article. 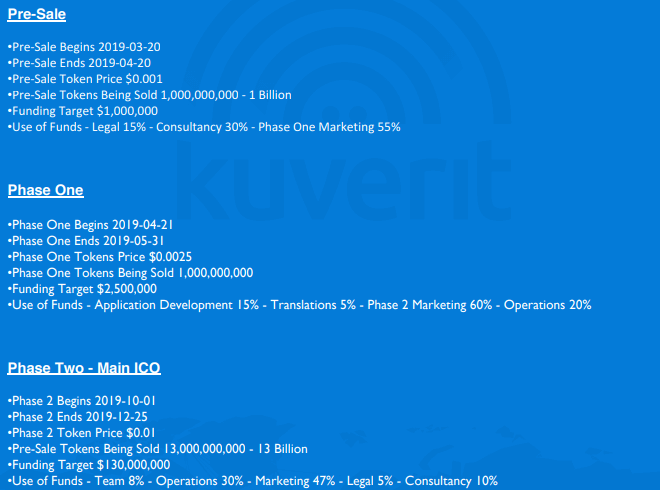 The things that make Kuverit’s ICO unique is:

No ICO will be available in some areas of the world due to the national policies. The residents of the USA or green card holders would be deemed ineligible to buy Kuverit (KUV) tokens in the Initial Coin Offering or ICO. The same rule also applies to the residents of Singapore, Russia, China, and Canada.

The working of the app is pretty simple. Firstly the user will be asked to create an account with the Kuverit, then they enter details about what they need to be guaranteed for and how much. Then they can post request seeking a guarantor which can be seen by other users of the application. 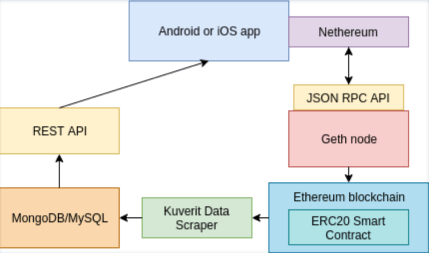 The guarantor then responds to the post accordingly and if the risk suits their threshold, for example, the minimum fee for guaranteeing a transaction or the reputation of the guaranteed.

The app will soon be launched on both the major platforms that are the Android and the iPhone.

Clients will be able to request the backing of a guarantor by the details that will be provided in the application. Though none of the requests or application will be paired up by Kuverit the request will go into the open marketplace where the guarantors are requested to use their own diligence and go with their intentions.

To use the services of a guarantor the client must pay a pre-discussed amount to the guarantor of which ten percent will go to Kuverit. The client has the power of refusal if they can get a better deal somewhere else in the market. However, if the client agrees to a deal with the guarantor then they must have the requisite number of tokens present in their wallet which will be used to pay the guarantor or they will not be able to use the service. Also if you are not interested in Kuverit you can visit Crypto Head which contain many cryptocurrency exchanges and choose one from them to inverst.

For much more thorough and detailed information you can go through Kuverit’s White paper.

If Kuverit managed to get funding for their next phases then they will probably be able to launch and sustain an app that can guarantee risk-free transactions in the Bitcoin and cryptocurrency market thus saving not millions or billions but trillions of dollars’ worth currency. This would also, in turn, lead to a decline in a number of illegal activities through Bitcoin if this method must become a must for every transaction. This type of innovation is going to pave the way for the development of blockchain technology in every other area.