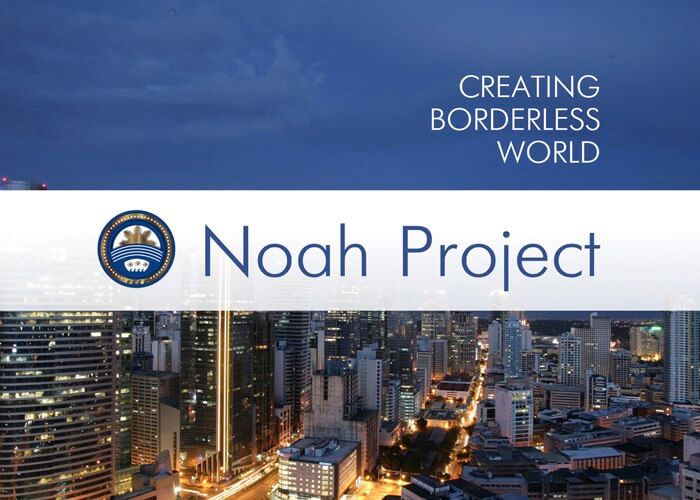 A simple payment app has the potential to modernize and energize a nation’s economy – when it is combined with the blockchain and cryptocurrency. Such an app can be transformative because it could serve as the gateway to the world’s banking system for hundreds of millions of people.

Apps are the perfect delivery system for modern financial services because they can reach vast numbers of people who are presently beyond the reach of banks. A textbook example of this situation exists in the Philippines where more than 70% of the population owns a smartphone, but lack bank accounts, the Noah Project estimates.

The shortage of banks is a severe problem in the Philippines; up to 10% of the nation’s gross domestic product (GDP) of $304.9 billion, or $30.49 billion, comes from overseas remittances. Remittances are funds that Filipinos working in places like Japan send to family back home.

The lack of banks forces those workers and their loved ones to rely on the money-transfer system, which is both costly and wasteful. Wire services charge between 6% and 10% to send funds to the Philippines.

That reduces the Philippines’ GDP by between $1.8 billion to $9.284 billion a year. Money that should be going to hardworking Filipino families can disappear simply because there are so many transaction fees.

The Noah Foundation plans to help Filipinos keep more of their remittance money with Noah Coin, a cryptocurrency that will be distributed as part of the Noah Project. Overseas workers and their families will receive access via mobile apps that can be used at any place that carries a wireless signal.

Since 70% of Filipinos own a smartphone, at least 70% of the nation’s population should be able to receive funds through Noah Project ecosystem. That has the potential to transform communities in the Philippines, because overseas workers would be able to disperse vast amounts of cash to friends and families back home.

More importantly, Filipinos that use the app will be able to access a wide variety of banking and financial services through their phones. Once they get used to receiving remittances on the phone, Filipinos can start saving money, borrowing money, sending money, and transacting business through it.

Cryptocurrency is being used because it can greatly lower transaction costs while providing a higher level of security. One way cryptocurrency lowers costs is by eliminating need for direct conversion of Japanese Yen into Philippine Dollars.

The Noah Project will be testing the use of cryptocurrency remittances with its first app – the Noah Wallet. Philippines residents could use the app to send and receive Noah Coin remittances, which can be converted into currency for local spending.

The Japan-Philippines remittance market is the perfect testing ground for cryptocurrency remittances; because there around 128,000 Filipinos working in Japan, Inquirer.net estimated. Those workers send three-trillion yen (around $27 billion) in remittances home each year, per the Noah Foundation.

If it works, Noah Coin could save Filipino workers in Japan $1.62 billion to $2.7 billion a year by eliminating the 6% to 10% transfer fees on remittances. That would increase the income of many Filipino families and communities. It would also provide a growing revenue stream for many households and communities, because the number of Filipinos working in Japan increased by 19.7% between 2017 and 2018.

The Noah Foundation’s ambitions extend far beyond remittances. It hopes to use remittances as the basis of a new financial services infrastructure for the Philippines, a nation of 104 million people. The Foundation is branching out into physical infrastructure with plans for Noah City with a hotel, retail and amusement development in the Horizon Manilla Project. Noah Coin will be used as a digital token to receive special discounts in any part of the Noah City.

The Noah Coin token is available through the Changelly and HitBTC cryptocurrency exchanges.