We faced more than 1 day of downtime and their promise of 99.99% uptime was broken for the year 2022. We received a free month credit for our current hosting plan. But that we lost some business on the same day as most of our clients was asking why is it not loading! But we continue to use this provider as it was one of an incident and these kind of problems also happen with other service providers too.

Below is the scoop from the letter

Shortly after 6PM CST, an intermittent issue started affecting a small group of websites on our network. As we worked to diagnose the issue, we found that one of our network providers was delivering traffic to this particular block of sites incorrectly. The result was that for these sites, when accessed from certain US locations using this specific network provider (we have five), it resulted in a local outage. The servers and sites affected were up and running without any data loss, but accessing them from certain regions was a problem.

While the issue was isolated for some time, it was still impacting approximately 5% of customers, and we were additionally concerned that the issue might spread.

We decided to make an urgent network device adjustment at 10:30PM CST, with the intention of fixing the conflicting traffic before things got worse. We tested the adjustment on one of our redundant devices prior to rolling it out live; this test indicated it would have at most a few seconds of maximum impact. As such, we felt confident at the time that it was important to fix this issue as soon as possible.

During the live adjustment, however, a device error triggered, resulting in what unfortunately became a ~2.5 hour outage of our entire network. Our network engineers then worked as quickly as possible to bring the affected devices back up. Regrettably, the error when we pushed the adjustment live caused more problems than it fixed – and  ultimately we should have waited for the resolution from the network provider themselves.

We know how frustrating outages are, even more so in this case as it followed a very significant network upgrade that we were all so excited about. The network upgrade addressed all of the device resource issues that we had seen over the past few months. The initial issue yesterday evening  was separate, stemming from a network provider. Rather than waiting for them to sort it out, we took the process into our own hands and very regrettably, due to a device error, this resulted in an extended outage.

I would like to apologize again for the issues last night. I realize our apology might not mean much with the rocky road these past couple months – and I also know it takes a lot to stay loyal to a host who has failed to deliver on some of the promises they set out to – but I would like to do my best to reassure you that we have already taken significant steps to create a network foundation that will no longer be prone to these types of issues, and we’ll never stop doing what we need to in order to hit the industry-leading service levels we aim for.

When it comes to everything else we do here, our management, performance, optimizations, proactive monitoring, customer service, collaborations and the general care and concern we have towards your sites has never wavered. I realize these don’t mean much when a site is otherwise down, but you can be absolutely certain we know where our shortcomings are, and are working extraordinarily hard (and have been) to get our network back to where we need it to be for you.

Once again, we’re very sorry for all the issues as of late, I know it’s frustrating and please believe me when I say we feel it too. We’re continuing to do absolutely everything we can and we know we’re inches away from the finish line now with a few small (non-impacting) adjustments to be made.

If there is anything at all we can do to help, please ever hesitate to reach out to me personally, or any member of our support team.

The issue here was the MX record was pointing to domain.com which was protected by cloudflare, this causes an obfuscted DNS record by cloudflare. I have made an A record for your mail and moved your MX record to mail.techwibe.

Then you are at right place as we have found a good and reliable web hosting provider called BigScoots after two years of switching from and to several ones.

During the beginning of 2018 we got some weird error with one of our WP blog ie it was not loading because of some reason. Support team at bigscoots identified the issue with our CloudFlare account and manually configured our CloudFlare setup and after that it came online but the images were broken!

Hope you guys all know how hard to find the errors when the WP website breaks!

Just submitted another support request and within an hour they just found out that a WP plugin was causing the issue and they turned off that plugin. Everything came back to normal 🙂 .

We are pretty sure that no one has ever heard that name before may be they don’t buy reviews and often do promotions like others. But you can get special promo code towards the end of this article.

Let’s talk about their support first

After switching to them the first support query from us was about a weird error that always show up when we try to approve the comment. Like every other time we just shooted a support ticket in the middle of day according to our country time and we were happy to see the responses within 5 minutes telling us the reason that was causing such an error and also added it will be solved within few days, oops!

Error was from litespeed and it requires their support person to solve it and not BigScoots.

You know Google made clear that https is now one of the ranking signal, so we switched one of our WordPress blog to SSL/HTTPS

After installing SSL certificate we had trouble in getting green pad lock in address bar of our web browser, it was always saying that ” public audit error”.  We were just clueless on what’s the reason for it!

With a screenshot explaining the problem, we just shooted a mail to Justin ( support engineer). And he just solved the problem within 10 minutes.

Next problem was more related to the WordPress theme

Some weird code was always showing in that theme, before we submit problem to theme developers just submitted another ticket regarding the problem to Justin and it was solved within 7 minutes by him, so we have a feeling that we are with a managed WordPress hosting!

This the place we got annoyed at first as their firewall initially blocked all uptime monitoring services like Pingdom, uptime robot etc. Uptime went to 95%. Which is damn low!

Asked the support to whitelist the above services and they did. Here is our recent screenshot from Pingdom

Looks like they are having 100% uptime even though they officially say it’s 99.99%

Here is the their server uptime of all their available ones

So what are their limits ?

CPU time limits, what Justin have to say

We do not limit CPU time, each account is limited to a certain amount of CPU.  If we feel someone is abusing CPU then we will take actually manually but its extremely rare this happens.

Which means you can get 100% of a CPU core which equates to about 3.7GHz per account.

Since we were always with lite speed (server type that can handle more traffic) providers we didn’t see much change in speed after switching to bigscoots.

Even though they are offering 99.99% uptime in all their plans with SSD disk powered by LiteSpeed web servers shared plans are still economical 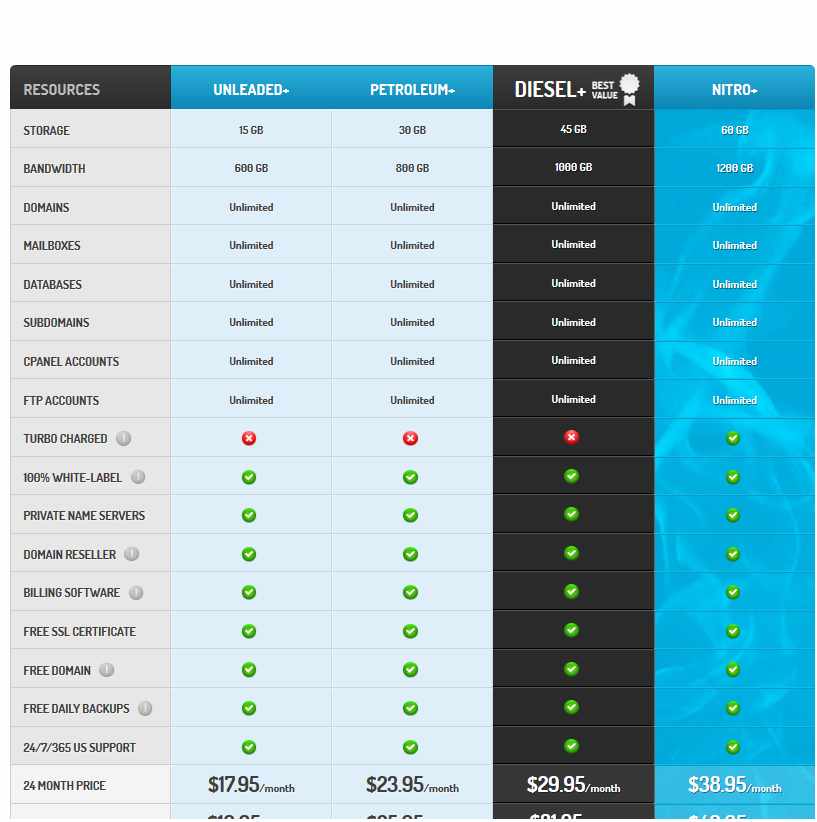 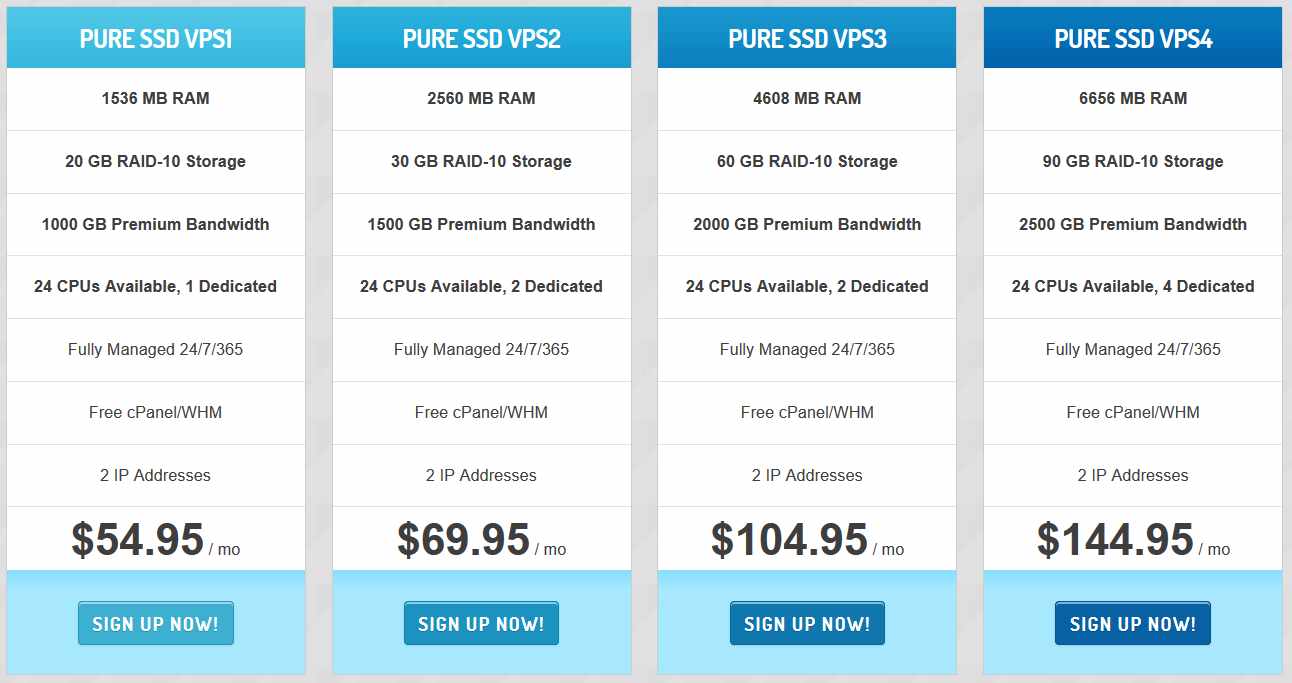 They also offer dedicated ones

BigScoots seems to pretty reliable and trust worthy even if you are using WordPress.

BigScoots Review After 4 Years By Jake

Our developer, Jake writes about in-depth Bigscoots WordPress hosting experience after using their service for more than 4 years.